FATF keeps Pakistan off blacklist for now, warns that it can’t take forever 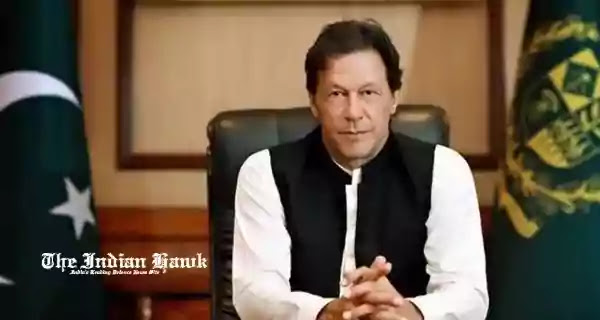 Once FATF’s plenary agrees that all 27 items had been completed, there will be an on-site visit by an assessment team to verify information given by Pakistan and see that all measures are working effectively.

The Financial Action Task Force (FATF) on Friday decided to retain Pakistan on its “grey list”, giving it time till February next year to address what the multilateral watchdog said were “very serious deficiencies” in its efforts to counter terror financing.
The decision was announced at the end of FATF’s three-day virtual plenary meeting, and the body’s president, Marcus Pleyer, cautioned that Pakistan would not be given a chance “forever” to address outstanding issues. Repeated failure to deliver on FATF’s action plan would result in a country being put in the “black list”, he said.
Pakistan was placed in FATF’s list of “jurisdictions under increased monitoring” or grey list in 2018 for failing to control terror financing and money laundering. In a virtual repeat of the warning issued to Pakistan in February, FATF said in a statement: “As all action plan deadlines have expired, the FATF strongly urges Pakistan to swiftly complete its full action plan by February 2021.”
Pleyer, at a virtual news conference, said Pakistan had “largely addressed” 21 of 27 items in its action plan and the government had signalled its commitment to complete the rest.
“But it is clear [that] even though Pakistan has made progress, it needs to do more. Pakistan cannot stop, it needs to continue to carry out reforms, particularly to implement targeted financial sanctions and prosecute and sanction those financing terrorism,” he said.
The work done by Pakistan “definitely means the world has become safer but the six outstanding items are very serious deficiencies that still have to be repaired, and for that reason, the risks [have not been overcome]”, Pleyer added.
In an apparent reference to Pakistan’s repeated failures to meet deadlines for the action plan, Pleyer said: “As long as we see that the country is progressing with the action items, and we have seen progress with Pakistan, we give them a chance to repair the outstanding issues but we don’t do this forever.”
He added, “You can look at other countries where after a while, we have seen there is no longer progress on the action plan and the action plan has not been completed, then the countries are pushed to the black list.”
Pleyer made it clear Pakistan wouldn’t be out of the woods with mere completion of the action plan. Once FATF’s plenary agrees that all 27 items had been completed, there will be an on-site visit by an assessment team to verify information given by Pakistan and see that all measures are working effectively.
“After that on-site visit, the next plenary will then decide whether Pakistan has indeed fully and effectively completed the action plan and then there is a decision on whether Pakistan would leave the grey list or not,” he said.
Besides, Pleyer cautioned that Pakistan is also subject to an evaluation by FATF’s regional affiliate, the Australia-based Asia Pacific Group.
In its latest report issued in September, APG concluded Pakistan has fully complied with only two of 40 recommendations to counter terror financing and money laundering, and that it was “non-compliant” on four recommendations, “partially compliant” on 25 and “largely compliant” on nine.
FATF’s statement said Pakistan should continue addressing its “strategic deficiencies”, including demonstrating that law enforcement agencies are identifying and investigating the widest range of terror financing activity and that investigations and prosecutions target designated persons and entities.
Pakistan should demonstrate that terror financing prosecutions result in “effective, proportionate and dissuasive sanctions”, and it should show “effective implementation of targeted financial sanctions” against terrorists designated by the UN Security Council and those acting on their behalf by preventing the raising and transferring of funds, identifying and freezing assets, and prohibiting access to funds and financial services.
Islamabad should also demonstrate enforcement and action against non-profit organisations, which are often used as fronts by Pakistan-based terror groups, the statement said.
Pleyer brushed aside a question on whether Pakistan is being discriminated against by saying the country is being treated in line with the same rules that have been accepted by 205 countries globally. He also dismissed a question from a Pakistani body about the alleged involvement of Indian banks in terror financing, saying FATF isn’t an investigative body.
Sameer Patil, fellow for international security studies at Gateway House, said the six action items FATF is pressuring Pakistan to implement are the “most crucial ones that will help finish off the terror groups”.
“Pakistan has was hoping to convince the watchdog to remove it from the grey list but FATF has taken a more serious view and asked Pakistan to go full throttle and terminate the state’s support to terror groups, which Pakistan will find difficult to do given the history of these groups being used as proxies by the army,” he said.
“Implementing the full action plan won’t be easy because of the fear of retribution from these terror groups. We can expect Pakistan to enact more dramas, such as a crackdown and prosecution of terrorists, before the next FATF meeting,” he added.
There was no immediate reaction to FATF’s decision from Indian officials.
Source>>