ISI planning Pathankot like attack on military base in Rajasthan

The Intelligence Bureau (IB) has sounded an alert after inputs about a possible terror attack on a military base in Rajasthan were received. 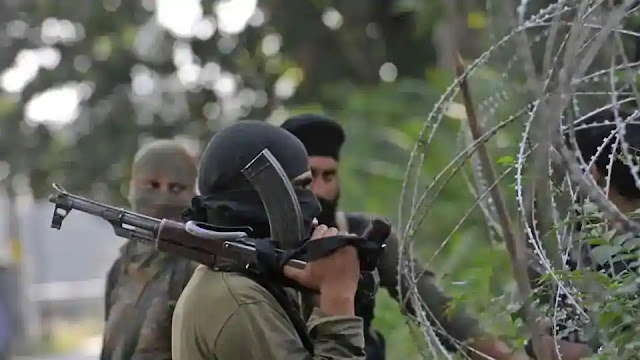 The Intelligence Bureau (IB) has sounded an alert after inputs about a possible terror attack on a military base in Rajasthan were received.

The ISI is planning a major terror strike on the lines of Pathankot in Rajasthan, an Intelligence Bureau official told . The job has been entrusted to the Jaish-e-Mohammad, the official also said.

This input comes days after the IB had said that Pakistan is planning a major infiltration bid into India. Scores of terrorists have been lined up near the Line of Control. The Pakistan Army on the other hand has been resorting to ceasefire violations on a daily basis in a bid to provide cover fire to the terrorists.

A dossier prepared by the intelligence agencies states that there have been a series of meetings that have taken place in which attempts are being made to bring together the Lashkar-e-Tayiba and Jaish-e-Mohammad.

The aim of the Pakistan army is to bring together these outfits in the Kashmir Valley so that coordinated terror attacks could be carried out. A series of meetings have taken place since December last year to bring these outfits together.

During the meetings that have taken place in Rawalpindi, it was planned to also get the terrorists of the Hizbul Mujahideen onboard and carry out coordinated strikes in the Valley. Pakistan has been on overdrive mode since the abrogation of Article 370. With a good strike rate by the Indian Army, the number of top terrorists have come down drastically in the Valley. Due to this the Pakistan army is re-working its strategy and trying to resurrect these terror groups.

An official told OneIndia that Pakistan feels that these groups were on a stronger footing if they fought together. The Hizbul in particular has weakened to a great extent.

However Pakistan would look to revive the Hizbul Mujahideen as it has a better connect owing to its localised status in the Valley.

In another development Pakistan has also come up with a plant to enhance coverage of its mobile coverage in Jammu and Kashmir. This would not just neutralise the impact of a future communication block in the Valley, but also aid terrorists who are looking to infiltrate.

The Special Communications Organisation of Pakistan has analysed signals from over 30 towers along the International Border as well as the Line of Control.