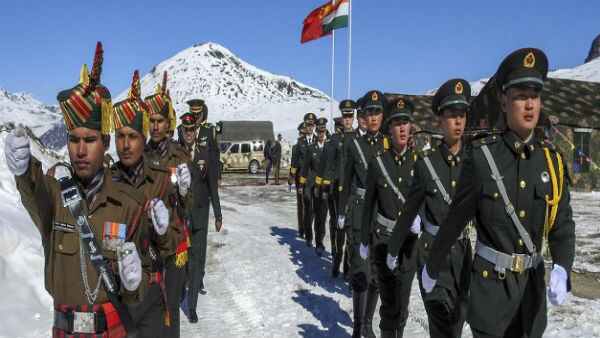 An ambush in Arunachal Pradesh’s Tirap sector that led to the death of an Assam Rifles soldier on Tuesday has put the spotlight back on China’s role to fuel insurgency in the northeast. Tuesday’s attack by the National Socialist Council of Nagalim (Isak-Muivah) came a week after China’s propaganda arm warned the Narendra Modi government against signing a much-speculated trade pact with Taiwan, threatening that Beijing could retaliate by supporting North-East separatists and stop recognising Sikkim as a part of India.

Indian security officials said the timing of the attack by the NSCN-I-M, which has had a long history of links with the Chinese state actors, was mostly probably a coincidence but the Chinese state media’s threat had laid bare a truth wrapped in many layers of deniability in the past - links between North-East insurgent groups and Beijing.

Although the links between Naga and Manipur insurgents to elements in the Chinese establishment date back to much before the 1971 war, the 1975 Shillong Accord between Government of India and Naga National Council was opposed by leaders such as SS Khaplang and Thuingaleng Muivah, who were then called the China Return Gang. Together, Khaplang and Muivah formed the National Socialist Council of Nagalim (NSCN) in 1980. They parted ways eight years later in 1988 to set up their own outfits; Muivah formed the NSCN (I-M) faction along with Isak Chishi Swu while Khaplang called his faction NSCN (K).

To be sure, the NSCN (I-M), which is currently in talks with the government for resolution of the Naga issue, maintains that it does not have any links to the Chinese government. This claim, however, has been furiously contested by security officials and independent experts.

Like Swedish-born northeast expert Bertil Lintner who, in his 2016 book “Great Game East: India, China and the struggle for Asia’s most volatile frontier”, documented how the leadership of first, the NSCN (I-M), and later Manipur’s People’s Liberation Army, were feted by the Chinese leadership for years. NSCN (I-M) co-founder Isak Chishi Swu, who died in 2016, had last made a quiet trip to Beijing as late as 2009.

Nearly 15 years earlier, a top leader of insurgent group United Liberation Front of Asom Lohit Deuri had given security agencies graphic details of how unmarked Chinese weapons were transferred from Chinese ships to Bangladeshi dhow on the high seas and brought to India’s north-east, particularly Mizoram via land route during the Indo-Myanmar joint crackdown in the mid-nineties, codenamed Operation Golden Bird. Deuri, who belonged to the Paresh Barua group now called ULFA Independent, surrendered in 2000.

Detailed interrogation of subsequent arrests of ULFA leaders also revealed that Chinese actors were behind the supply of 10 truck loads of arms to ULFA, All Tripura Tiger Force and the PLA in Manipur in 2004. The massive quantity of arms , grenades, rockets and ammunition seized from Chittagong Fertilizer jetty in Bangladesh on 1 April 2004 again had been transferred to a dhow from a Chinese ship on the high seas in Bay of Bengal.

On 2 August 2010, Anthony Shimray, a senior NSCN (I-M) insurgent who oversaw supply of arms to the outfit, was picked up at Patna airport by Indian security officials. His interrogation led the Thai police to arrest arms dealer Willy Narue on 31 August. Interrogation of these two arms suppliers confirmed that two Chinese arms companies were to be paid $ 1 million for supply of weapons to north-east insurgents via ship from China’s port city of Dalian and then transported to India via land corridor in north Myanmar in October-November 2010.

In January 2011, Indian agencies caught Chinese intelligence agent Qing Wang after she dodged local officials to enter Nagaland’s Dimapur without the mandatory restricted area permit and held an unauthorised meeting with Thuingaleng Muivah. She was deported for violating her visa conditions. During her detention, security officials, however, recovered her photographs with I-M leader Muivah, Nepal Maoist leader Prachanda and Kachin insurgent leaders on her laptop. A resident of Beijing, Qing posed as a journalist and left for Dimapur on Brahmaputra Mail from Old Delhi railway station on January 15, 2011 with Naga youth. It was found that she was an agent of the People’s Security Bureau and had visited India on a different passport in August 2010 by landing in Kolkata from Kunming in Yunnan Province of China.

People familiar with the north-east insurgency said ULFA leader Paresh Barua, who is on the run in India, lives in Ruili in Yunnan Province across the Myanmar border with China. He isn’t the only one.

One of India’s most-senior experts on the north-east insurgency said the Chinese links with insurgent groups often used Pakistani deep state’s links in Bangladesh and the region. “But it is common knowledge that China wants to keep the pot boiling for India in the north-east with calibrated escalation,” added another top north-east expert in the national security system.

The Chinese propaganda machine just spelt out the truth.