Indian Army won't let anybody take even an inch of our territory: Rajnath Singh

Even after seven rounds of military level talks between the India and China, the withdrawal and de-heightening cycle in the strained Ladakh area. 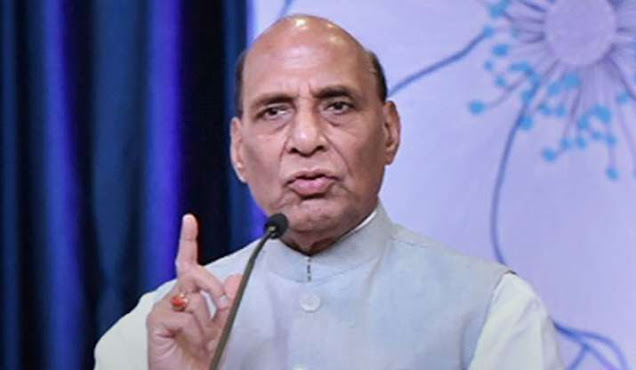 As the strains with China along the Line of Actual Control (LAC) in eastern Ladakh proceed, Defence Minister Rajnath Singh on Sunday said that the Indian Army won't let anybody take even an inch of the territory.

He included that India needs the stalemate to end and harmony to be reestablished in the area. The priest additionally hailed the braveheart troopers positioned at the outskirt and expressed that their endeavors will be written in brilliant words ever.

Rajnath Singh is presently is on two-day visit to West Bengal and Sikkim, where he performed Shastra Puja with officers close to the China outskirt.

His visit comes so as to support the assurance of Indian soldiers sent against the People's Liberation Army (PLA) at the outskirt. He likewise checked on the military's readiness against the Chinese soldiers.

Even after seven rounds of military level talks between the two countries, the withdrawal and de-acceleration measure in the strained Ladakh area has not pushed ahead. The commandants are relied upon to meet for the eighth round of talks one week from now.

Also Read | Kashmir off the table for future talks, India signals to Pakistan

India and China have been occupied with a fringe deadlock since April-May this year. Aside from Ladakh, a strained encounter among Indian and Chinese fighters additionally occurred in north Sikkim toward the beginning of May.

The stalemate, as of now in its 6th month, has taken India-China binds to an amazing failure, with troops in any event, discharging cautioning shots at grating focuses in August-September, the principal such occasion since October 1975.