Post Ladakh, PLA no longer a bogey for Indian Army

Sixteen years later, the Indian Army has finally shrugged off the bogey of the PLA and is staring down at the Chinese at Ladakh with the sole motive. 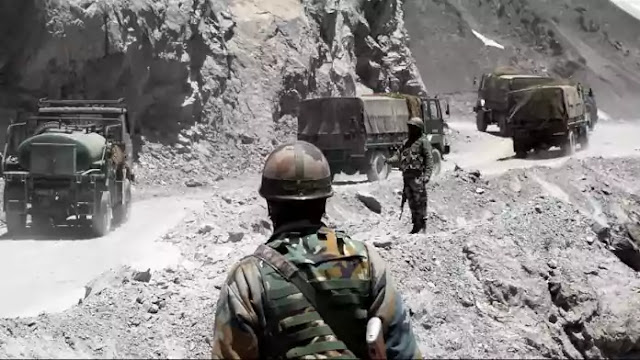 On the eve of the 2004 general elections, a meeting of China Study Group (CSG) was held to review the status of border roads along the Line of Actual Control (LAC) with the then Vice Chief of Army Staff briefing the apex group on strategic roads. At this meeting the then Home Secretary asked the Army general why we were not building strategic north-to-south roads and questioned the delays in doing so. The answer was that the People’s Liberation Army (PLA) could use these roads to come into India. The Home Secretary shot back that at this rate India should also stop building roads in Delhi.

Sixteen years later, the Indian Army has finally shrugged off the bogey of the PLA and is staring down at the Chinese at Ladakh with the sole objective of restoring status quo ante at all friction points along the line of actual control. The change in the mindset of the Indian Army came after the June 15 Galwan flare-up where Col Santosh Babu and his men engaged in hand to hand combat with their adversaries, who are projected as Shaolin Temple warriors by the Chinese state media.

Serving Indian Army officers say that once the Prime Minister of India went to Ladakh to boost the morale and the Indian public gathered to honour the fallen — in contrast to the PLA’s hush-hush burial of its dead— the mood changed. Despite the raging pandemic that has origins in Wuhan, the honour bestowed on fallen Indian troops including a brave Junior Commissioned Officer of the elite special frontier force in August 29-30 operation on south Pangong Tso has boosted the morale of Indian forces.

While both armies are now stocking up for the polar winter on Ladakh heights, the PLA with its troops largely made of conscripts who were sent to Aksai Chin as part of an annual exercise must be asking questions of their military commanders.

The conscripts are sole children of their parents in China, who join the army for a limited period to ensure State funding of their college education. The idea of spending their winters in Ladakh’s rarefied heights will surely test not only their endurance but also their commitment to PLA as the exercise has the potential to take the turn for the worse at any given moment.

Although the situation is tense on the border, India’s national security planners say that the grossly mis-calculated aggression ordered by Commander in Chief Xi Jinping in Ladakh has finally removed the Chinese bogey from Indian backs. In the past two decades, China had become Lord Voldemort or he whose name shall not be taken in Indian diplomatic, military and intelligence circles.

Former Indian defence minister George Fernandes had to face the brunt for merely telling the truth that China was a threat. This has now changed with the Modi government not mincing words on China and seriously examining the penetration of Beijing into the Indian system.

India is using software mining to identify parent companies and their country of origin from the details of front companies investing in India. This is a sea change from the 2000s when Chinese workers were given business visas in thousands to come to India. And when mandarins in the Ministry of External Affairs believed that the Tibet issue was like “flogging a dead horse” and had lost its relevance.

While predicting the military or diplomatic outcome of the LAC exercise is more difficult than reading tea leaves, the PLA aggression this summer in Ladakh, South China Sea, Taiwan and Senkaku Islands has revealed China’s true colours to the world.

It has revealed the weakness of European powers and the pusillanimity of the so called Tiger powers of South East Asia in taking on China due to their economic dependency on that country.

It has shown that if you have money to throw around then not even a single Muslim power will question you on concentration camps for Sunni Uighurs in Xinjiang even as they rant over the treatment of Rohingyas by Myanmar. It has shown while the world will happily chant “om mani padme hum”, it will maintain dead silence over the overt and planned Sinicization of Tibet.

In the run up to the 100th year of founding of Chinese Communist Party (CCP), its paramount leader Xi Jinping has bared China’s strategic ambitions to become the sole global power under the mask of coronavirus pandemic.

The world has taken note of this. How it reacts is not difficult to predict.