Operation Smiling Buddha: All About Pokhran Test that Made India Nuclear Power

“The Budda has finally smiled.” It was the first confirmed nuclear test by a nation that was not a permanent member of the United Nations Security Council. 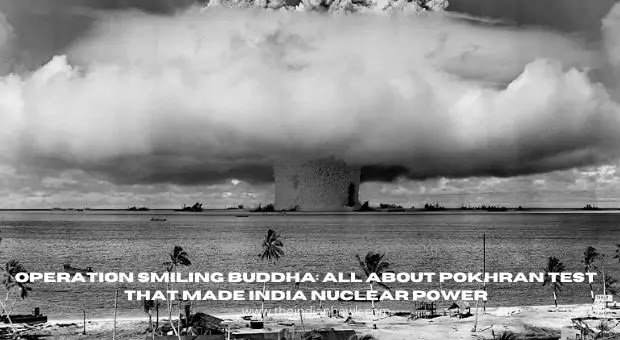 Though the yield of the device detonated at Pokhran is debated, it is believed that the actual yield was around 8-12 Kilotons of TNT. The highlight of the test was that India had managed to avoid detection by the United States and other intelligence agencies.

But India did suffer under the sanctions imposed by industrialized nations like the US which said that such tests can lead to nuclear proliferation.

India undertook its first nuclear journey on September 7, 1972, when then Prime Minister Indira Gandhi authorized scientists at the Bhabha Atomic Research Centre (BARC) to detonate an indigenously designed nuclear device. After the 1974 tests, explosions of five nuclear devices – three on May 11 and two on May 13, 1998 – were conducted by India, again at the Pokhran test range.

National Technology Day is observed every year on May 11 as a reminder of the anniversary of the Pokhran-II tests.