at the ordnance factory in Tiruchirappalli, Tamil Nadu, a high-tech, low-sound carbine named “TriCa” was exhibited.

On Thursday at the ordnance factory in Tiruchirappalli, Tamil Nadu, a high-tech, low-sound carbine named “TriCa” was exhibited. Its range is more effective than typical submachine guns and small enough to fit security personnel. In his jacket. 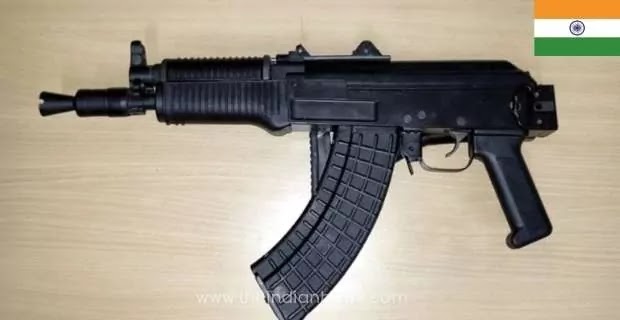 According to a national defence press release, Trika has a special muzzle amplifier that helps to hide the flash and reduce the sound of shooting. According to the statement, it defends highly secure facilities (such as airports) and is used by special operations forces.

It can use ammunition and magazines, as well as interchangeable parts for general assault rifles (TAR and AK-47). The carbines can be hidden in clothes or in the jackets of security personnel. It was developed by the internal R&D unit of the Artillery Factory.