One Year After Galwan: BRO Accelerates Work to Connect With China Border

The additional funds will be used to acquire new machinery, equipment and construction plants that will help in faster execution of works by the org 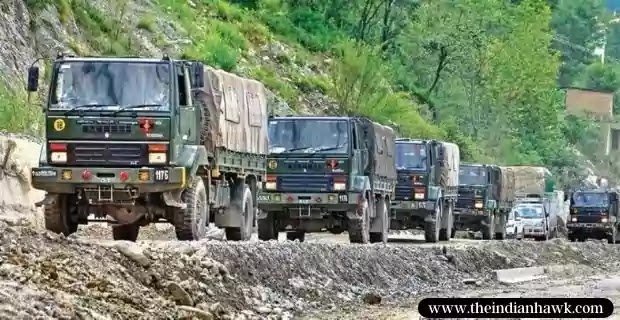 Within a year of the deadly Galwan clash that brought tensions along the Line of Actual Control (LAC) to its highest in decades, the Border Roads Organisation (BRO) has accelerated work to connect with the China border with several critical projects underway, including a new all-weather route to connect Ladakh and quick completion of long-standing projects.

Besides keeping the critical mountain passes in Ladakh and the North East open for much longer last year to facilitate the movement of military supplies till late winter, the BRO has executed works worth ₹8,739 crores, a 13% jump over the previous year, officials told ET.

The inauguration of the Atal tunnel in October has been described as a lifeline for the high altitude Union Territory with the priority being given to the opening of land routes to Ladakh which has been at the centre of the tension since May last year when China diverted thousands of troops to the LAC triggering a standoff that continues.

Defence Minister Rajnath Singh, who has focused on border works since the Ladakh crisis broke out, also ensured that BRO got a raise in its annual budget this year to Rs 9,350 crore, despite the economic downturn that resulted in less than anticipated allocations for other departments.

“The additional funds will be used to acquire new machinery, equipment and construction plants that will help in faster execution of works by the organisation. The increased funds will also be used for the maintenance of strategic roads, tunnels and bridges on the border with China,” officials said.

Sources said that in the past year, 1,200 km of border roads were constructed. Of this, more than 85% of the work undertaken was along the northern border in Jammu & Kashmir and Ladakh and Arunachal Pradesh, while a small fraction (162 km) was towards Rajasthan, signifying the focus towards the East.

A critical project that is getting underway is a new road alignment to Ladakh from Himachal Pradesh that is being designed as an all-weather axis. The Manali-Shinkula-Nimmu highway, which will require a tunnel at the Shinku La Pass, has been approved as an all-weather route. Given the expertise gained from the construction of the Atal tunnel, BRO is confident that the critical pass can be conquered, creating a third route to Ladakh that will be operational throughout the year. At present, Ladakh is connected through the Srinagar route as well as Manali but both these roads get closed due to heavy snowfall in the winter months.

Officials said that besides such large projects, several small but critical works have been completed in the last year, given the heightened tensions with China. For example, a forward Army location at the Yangtze in Arunachal Pradesh was connected by road in record time last year.

“The road construction towards the Yangtze was progressing at only about half a kilometre per year. We inducted three new excavators and dozers and completed the entire 12 km stretch between March and October. This quick work was done on a road that is directly under Chinese observation,” officials said.

Other works that have improved connectivity in the past year include the construction of the Chamba tunnel in Uttarakhand, a new double lane Class-70 modular bridge in Sikkim on Flag Hill-Dokala road, completion of 74 permanent bridges and commencement of fencing work along the Myanmar border.