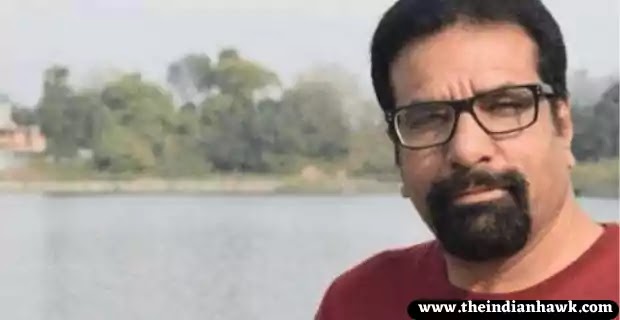 As terrorists opened fire on Rakesh Pandita, he was rushed to a hospital where his condition was stated to be critical. But, he later succumbed to his injuries.

Security forces cordoned off the area and a manhunt was launched to nab the attackers.

According to the police, Rakesh was going to meet his friend Mushtaq Bhat when he was attacked. Bhat is said to be seriously injured.

"Late in the evening today, 3 unidentified terrorists fired upon Municipal Councillor, Rakesh Tral Bala who was visiting his friend at Tral Payeen. Rakesh Pandita succumbed to injuries whereas daughter of his friend is seriously wounded," the Jammu and Kashmir Police said in a statement.

The councillor used to reside in a secure accommodation in Srinagar and was provided with 2 PSOs.However, he was not accompanied by the PSOs during his visit to Tral.

Former Jammu and Kashmir CM said she was "shocked" to hear of the BJP leader's killing. "These senseless acts of violence have brought only misery to J&K. My condolences to the family & may his soul rest in peace," Mufti said.

Altaf Thakur, BJP spokesperson in J-K, strongly condemned the killing, and termed the attack "barbaric". He said that such attacks won't stop BJP leaders from serving the people. He said that attacking unarmed people is no bravery and that police must track down the culprits and punish them accordingly.