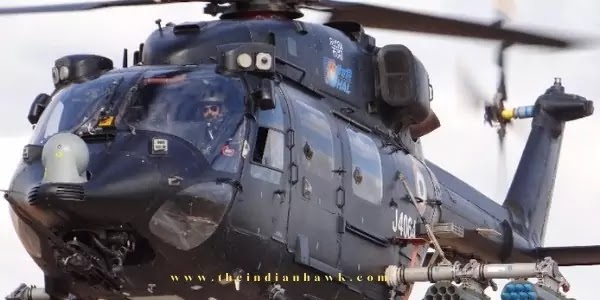 The Indian Navy (IN) issued a Request for Information (RFI) for lease of 24 light helicopters on Friday, Apr 23, 2021. This follows parleys with few Indian operators and OEMs starting last November.

The RFI seeks responses from helicopter OEMs, authorised leasing firms, third party financiers or government-sponsored agencies for 24 helicopters with ground support equipment (GSE), maintenance support including Performance-based Logistics (PBL), and training of aircrew and maintainers. The lease will proceed along Chapter IX of the latest Defence Acquisition Procedure (DAP 2020). The period of initial lease is five years, extendable by another five years, with an option to buy back the airframes at residual value.

This is the first time the IN has resorted to leasing helicopters. The acute shortfall in light helicopters, low availability of obsolescent Chetaks (Alouette IIIB) and a Naval Utility Helicopter (NUH) program meandering inconclusively has likely driven IN to invoke the ‘lease’ option included in the latest DAP.

However, naval sources confirmed to this writer that the lease program in no way dilutes either the numbers or importance of NUH.

The highlights of the proposed lease are summarised below:

Also Read: Indian Air Force: Unmatched Not Only In Security But Also In Service

The RFI clearly means a helicopter that can operate ‘integral‘ to a warship — an interesting difference from the recently supplied HAL-manufactured ALH Mk-3 Maritime Role helicopters (ALH Mk-3 MR) for coastal security. It is this difference that both sides need to understand clearly — one where indigenous naval helicopter development faltered in the past.

Chetak inventory at an all-time low

The lease aims to fill the gap left behind by the dwindling numbers of Chetak, with some added features. Naval helicopter pilots first cut their teeth on the 2-ton Chetak, a light single-engine copter maintained by a team of 4-5 crew. It can be launched from ‘strike down’ condition in hangar in less than 30 minutes; scrambled in under five minutes; blades fold in less than 10 mins.

It requires no traversing gear and can fly for weeks with nothing more than frontline servicing. It has no complicated avionics or sensors that require special training. The simplicity of this machine is unmatched. However, it is well past its glory days, barely supportable, and has nil utility by night. The IN has hardly enough to cover the frontline SAR requirements, let alone support training and sustained embarkations.

Whether this void will be bridged by latest acquisition ‘Dhruv’ ALH Mk-3 MR, optimised for shore-based operations, remains to be seen.

Also Read: A Tribute To The Indian Army. The Best Among The Best

Civil offshore flying is one of the most rigorous sectors in the helicopter industry. In Bombay High, each airframe flies 80-90 hours per month with a serviceability rate close to 90%. Contracts impose severe ‘liquidated damages’ (LD) and penalty clauses that preclude more than 1-2 days of downtime per month.

Helicopters are serviced within narrow maintenance windows when they return from the sea each day (and they do — an important point). A helicopter turning ‘AOG’ (aircraft on ground) out at sea can wipe out the company’s earnings in a matter of hours.

Also Read: The Difference between independence and republic day

This ‘wet lease’ arrangement gives the operator (say, GVHL) maximum flexibility and the client (say, ONGC) maximum value. Deep third-line maintenance activities are undertaken by highly-skilled aircraft maintenance engineers (AME) and technicians within small hangars, modest resources and non-tensile timelines. Depot-level 5000-hourly inspections are completed in 1-2 months; 2500-hourly in less than ten days, using op-logistics chains that cut across the globe. Every penny counts; there are no weekly PowerPoint briefings; no scope for finger-pointing or shifting blame. ‘Perform or perish’ is the mantra.

The model envisaged by IN, as gleaned from the RFI, is however slightly different. It appears closer to a ‘dry operating lease’ arrangement — something between wet and dry lease. It is a model low on lease duration but high on numbers & specifications. This approach though understandable is not without its pitfalls.

As opposed to civil offshore helicopters, naval operations require helicopters to embark ships for extended durations where only frontline servicing or ‘O’ level maintenance activity is possible. For example, IN ships with embarked helicopters routinely carry out extended ‘Patrol off Gulf’ (POG), Overseas Deployment (OSD) and cross-coast deployments thousands of miles away from home port.

The lease modalities and costing by the lessor in the proposed lease would have to take into account deeper levels of servicing and maintenance at lessee’s premises ashore, including, as specified in the RFI, “breakdown at any place in India”. This will throw up exigencies outside the ambit of ‘O’ level. For example, if the helicopter breaks down or becomes ‘AOG’ in the middle of the sea, how will the lessor hook-up with military-diplomatic op-logistics networks?

Delivering 75% serviceability in situations outside the reach of the lessor/OEM may pose challenges that upend the very purpose of leasing. It is learnt that these issues are being discussed in a series of meetings ongoing since December 2020. Perhaps a multidisciplinary naval team could visit one of India’s large offshore helicopter operators to get first-hand insights into successful lease models that have been in operation for years.

The RFI seeks responses by 18 Jun 2021, followed by finalisation of Leasing Operational Requirements (LOR), Approval of Necessity (AoN) within 6 months, solicitation of offers, technical evaluation, cost negotiations and award of contract within stipulated timelines under DAP. More than half dozen established OEMs, including non-scheduled operators from India and abroad, have reportedly evinced interest in the case.

Given the reality of numbers and extreme paucity of light helicopters in the IN, this program can ill-afford to be another experiment without clear, time-bound outcomes. I recommend we stick with Kelly Johnson’s KISS principle, going forward.