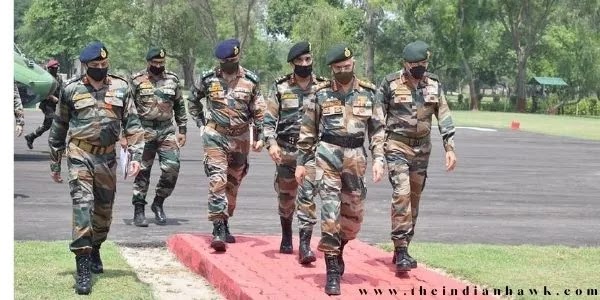 JAMMU: Chief Of Army Staff (CoAS) General M M Naravane visited forward areas in Jammu division to review the security situation along the Line of Control (LoC) and in the hinterland during his two-day visit to the region, a defence spokesperson said on Wednesday.

“Gen Naravane arrived at the headquarters of the Nagrota-based 16-corps (White Knight Corps) on Tuesday and visited the forward areas including Aknoor, Rajouri and Naushera. He lauded efforts of all ranks of the White Knight Corps towards maintaining the sanctity of the LoC,” said Jammu-based PRO Defence Lt Col Devender Anand.

The three officials also visited the military hospital in Jammu and reviewed the medical preparedness for battling Covid-19, the spokesperson added.