Message to Beijing: This Super Hornet Loves to jump

Military.com, a US Navy F/A-18 Super Hornet has demonstrated it can take off from a “ski jump” ramp, proving it can someday operate from international 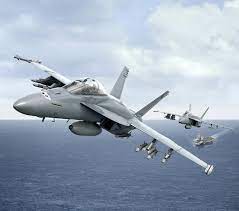 If they do, they’ve got one helluva fighter jet on their hands — one that will make Chinese fighter jets of the PLAAF, pale in comparison.

According to a report in Military.com, a US Navy F/A-18 Super Hornet has demonstrated it can take off from a “ski jump” ramp, proving it can someday operate from international aircraft carriers — a big plus for foreign sales.

The Navy and Boeing tested this capability at the famed Naval Air Station Patuxent River, Maryland, according to a December Boeing release.

The demo was conducted for India, which is looking to buy new carrier-based fighters that can launch from its short-runway ships.

Unlike most nations, the US operates flat-decked carriers that launch aircraft via a high-powered catapult, Military.com reported.

India operates the INS Vikramaditya, which lacks catapult systems for assisted aircraft take off. Its successor, the INS Vikrant — the country’s first locally built carrier — will also use a ski-jump takeoff ramp.

“The first successful and safe launch of the F/A-18 Super Hornet from a ski jump begins the validation process to operate effectively from Indian Navy aircraft carriers,” Ankur Kanaglekar, India Fighter Sales lead for Boeing, said in a statement.

“The F/A-18 Block III Super Hornet will not only provide superior war fighting capability to the Indian Navy but also create opportunities for cooperation in naval aviation between the United States and India.”

Boeing’s F/A-18 Super Hornet fighter jet has made its first launch from a “ski jump” ramp in a demo conducted for the Indian Navy. Credit: US Navy photo.

The Super Hornet is undergoing new modifications to give it smarter tactical targeting, improved communications and advanced cockpit displays. Known as the Block III configuration, the upgrades will also extend the plane’s service life into the foreseeable future, Military.com reported.

The Navy plans to have Boeing convert more than 500 of its Block II jets and produce nearly 80 new Block IIIs through 2024, Military.com reported.

The new jets’ first deployment is expected sometime in 2022. The Navy accepted its first two Block III-version jets for test in June.

The Question Remains — Can India Afford It?

According to Dawn.com, India now has the world’s third biggest military budget, behind the United States and China, the Stockholm International Peace Research Institute (SIPRI) said in an annual report.

India’s tensions and rivalry with China and Pakistan are among the major drivers for its increased military expenditure, the report observed.

SIPRI, founded in 1966, is an independent international institute dedicated to research into conflicts, armaments and arms control.