Army’s ‘Tour of Duty’ Proposal Is a Hare-Brained Idea; Won’t Be Good For India’s Frontline

There are bad ideas and then there’s the Army’s ‘Tour of Duty’ plan. 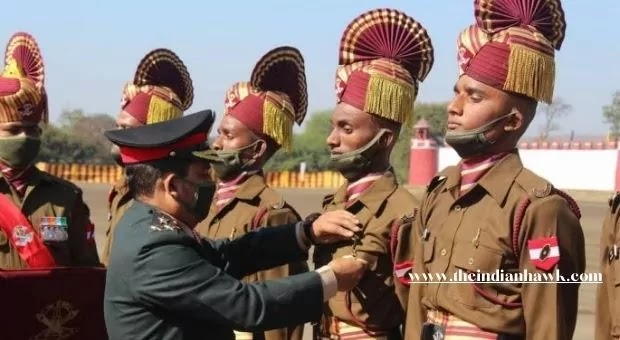 There are ideas, damned ideas and then there’s the Indian Army’s ‘Tour of Duty’ proposal. An ill-conceived scheme to allow young ‘Agniveers’ (military tourists, apparently) to follow the ‘Agnipath’ (serve in the combat forces) and experience the thrill of action where it’s at, in uniform for three years before moving on to other walks of life. Those taken in by the call to arms can presumably re-enlist and continue in Service as per the laid down terms of engagement for regular soldiers (who are only Veers).

The ostensible aim of such an exercise is manifold we are told; it will provide an opportunity to those youth fired by a desire to serve the nation but are unable to do so, because the current colour service norms for soldiers are too long; it will provide the Army (it may get extended to the Navy and Air Force as well) with the young personnel it needs on the borders, though for a very short time only, without any long-term financial burden, especially pension; and there would be a cadre of such well-disciplined Indian patriots ready to go back into civilian life and raise the bar for work and well being of society. And yes, it would even be an employment generator for India in trying times and reap the demographic dividend we haven’t really encashed thus far.

With such noble ideas, what could go wrong? Well, there’s enough in the proposal that needs to be examined and dissected to point out to the enthusiastic votaries of the scheme as to why this is such a hairbrained idea.

To start with, under the regular terms of service and recruitment for officers and personnel, candidates undergo an entrance test, physical fitness and medical exam before trotting off to academies or training centres for nine-ten months to a year-and-a-half before being posted in the field Army.

It is to be believed that there would be no entrance test for the agniveers. Now for a three-year tour of duty, even if such training is shortened — which is definitely not advisable if you are sending off the future agniveers to where bullets and shells may fly — effectively about 18-26 months would accrue in the kitty with field units, and some annual leave too would have to be given, or else the agniveer would be a very dull boy at the end of it all.

Now imagine how such individuals, bubbling with national fervour, would be perceived in units where close cooperation and long-term bonding gets you safely through combat drills and dangerous situations. The reader may well imagine the muddle such induction of military tourists would induce in frontline fighting units.

A pertinent question we need to ask is, how are political leanings of such individuals going to be kept in check?

They are only going to be in the armed forces for a short term and may be more inclined to show their like/dislike for a given political ideology, knowing full well that their Service conditions allow them greater leeway than a regular recruit for whom it is “naam-namak-nishan” and nothing else. This issue cannot just be brushed under the carpet because it has consequences for the much-needed apolitical character of the Army.

Finally, how well will these Agniveers perform and how will their work be judged against those of the regular cadre? Please think these through before enthusiastically creating a government notification for it, because the Army is not an adventure camp. It deals with serious life and death business, in which so many important issues are at stake.

Our sagacious leaders at the top are all well versed with the limited but important points highlighted here, and must not succumb to political pressure and accept even a pilot project to try out this scheme, let alone allow it to spread its wings to cover other Services as well.

There are other ways to reduce the burgeoning defence pension bill, but this scheme is definitely not it. If forced to push it through, the fighting efficiency and cohesion that our frontline units have displayed, even under the most trying circumstances, will be diluted immeasurably, and that would be a national travesty of our own doing.

The author is a retired Major General and was commissioned into the Armoured Corps in Dec 1983. Views are personal.
#Agniveers #CDS #Defence