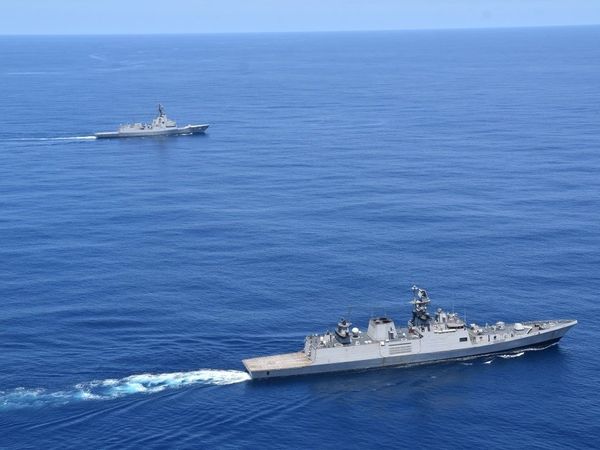 New Delhi: In a snub to China amid border tension, India today said Australia would join the high-level Malabar naval exercises, which makes it the full "Quad" or quadrilateral coalition in the mega drill next month, along with the US and Japan. The Malabar exercises will take place in November-end in the Arabian Sea and the Bay of Bengal. Australia will return to the joint manoeuvres after its participation in 2007 that drew criticism from China.

Here are the 10 points on this important story:

1. China has been suspicious of the drill that started in 1992 as a bilateral exercise between India and the US and went on to include Japan in 2015. Beijing believes that the annual war game is an effort to fight its influence in the Indo-Pacific region.

2. Whether to include Australia in the annual drill had been discussed in the Quad foreign ministers' meet in Tokyo earlier this month. After resisting the idea for years due to Beijing's views, India, given its bitter border confrontation with China at eastern Ladakh over the past few months, said it was open to Australia's inclusion.

3. Australia has been keen on joining the drill for years and both Japan and the US have been pressing for its inclusion. In 2007, China had reacted sharply when Australia had participated in the Malabar naval exercises and so, India had not repeated the invite despite Canberra's wish. Singapore had also participated in 2007.

4. In a press statement today, New Delhi said "as India Seeks to increase cooperation with other countries in the maritime security domain and in the light of increased defence cooperation with Australia, Malabar 2020 will see the participation of the Australian Navy."

5. This year, the exercise has been planned on a "non-contact - at sea" format. The participating countries "collectively support free, open and inclusive Indo-Pacific and remain committed to a rules based international order," said the statement.

6. US Deputy Secretary of State Stephen Biegun recently said he viewed the grouping of US, India, Japan and Australia as a "NATO-like" bloc to prevent any potential challenge from China. He had cited Australia's possible participation in the Malabar exercise as an example of progress towards a formal defence bloc.

7. India is "clearly indicating an intention to invite Australia to participate in the Malabar naval exercises, which will be a tremendous step forward in ensuring the freedom of passage and the security of the seas in the Indo-Pacific," the senior US department official had said.

8. The Quad, formed in 2017 to effectively counter a belligerent China, had met earlier this month and reaffirmed the importance of maintaining a free, open and inclusive Indo-Pacific.

9. Next month's naval drill will be the first time that the Quad members will engage at a military level.