In Pakistan-Saudi Clash, India Has an Opportunity | World Defence News 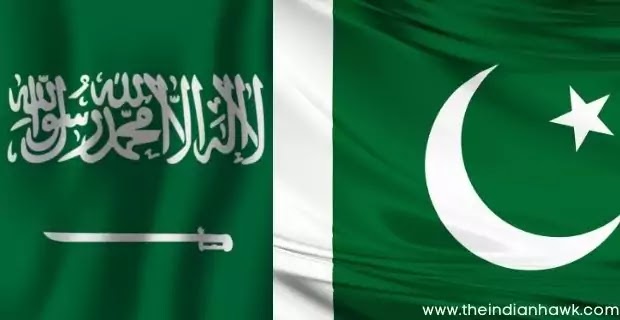 In a surprising turn of events, Pakistan’s foreign minister Shah Mehmood Qureshi, in a very blunt and public statement, criticised Saudi Arabia over its aloofness and inability to conduct a meeting on Kashmir in the Organization of Islamic Cooperation (OIC).

Qureshi pushed Riyadh, and the kingdom’s de-facto leader, Crown Prince Mohammed bin Salman (MbS), to either lead the Muslim ummah from the front by standing up for Kashmir after India’s constitutional changes of August 2019, or let those Islamic countries act which are ready to confront New Delhi.

The gulf between Pakistan and its long-term ally, Saudi Arabia, has been growing for some time. The major blow, arguably, for Islamabad, came when, in March 2019, India was invited as a guest of honour by OIC, and the late former external affairs minister, Sushma Swaraj, gave a strong speech to the grouping, as she led the delegation to Abu Dhabi.

Pakistan attempted to stall India’s participation, but to no effect, and ultimately boycotted the speech by withdrawing its representation from the round table.

The fact that Islamabad later on tried to create a parallel OIC, with Turkey, Malaysia and Iran, turned its differences with Saudi into a deeper political divide, leading to Riyadh withholding funds, pushing Pakistan to pay debts, and holding back the renewal of an oil supply pact.

This moment was not sudden, but the culmination of the ever-growing ties between New Delhi and the Arab capitals in the backdrop of significant changes taking place in the region. These changes are led by a much more inclusive and outward-looking United Arab Emirates (UAE), and a change-driven Saudi Arabia under MbS.

The churn is also driven by the need to break from the economic reliance on petro-dollars and an oil-related economic ecosystem, which has suffered recently with consumption and prices having crashed due to the pandemic.

However, the geopolitical shifts and requirements of the Gulf do not necessarily feature Pakistan beyond a certain point, with its GDP still smaller than that of the Indian state of Maharashtra, where both the UAE and Saudi Arabia have plans to invest heavily in hydrocarbons and related infrastructure.

While Riyadh had already designed major changes to its vision of how it intends to power the kingdom financially in the future, taking cues from its neighbour, the UAE and its successes, these shifts will largely rely on eastern economies, with India and China leading the pack.

Even though Pakistan may publicly showcase China as its available alternative to everything, there must be concern in the country over this eventuality. It is important to remember here that China also has robust relations with the Gulf Cooperation Council region, including through its Belt and Road Initiative (BRI).

It makes little sense for Beijing to aggressively internationalise Kashmir on behalf of Pakistan, especially in the Gulf, when supporting Islamabad’s stance on the same regionally in South Asia including via United Nations is more than enough for its requirements.

China’s plan include involving Saudi in the China-Pakistan Economic Corridor (CPEC) itself, with a $20 billion plan which now stands at an interesting inflection point. Furthermore, CPEC is only a small part of BRI, which forces China’s hand to play its political deck of cards very carefully in the Middle East.

Also Read: For strategic reasons, India must deepen defence ties with the US

Pakistan’s “absolutist” approach towards China may work against India. But the Gulf region is going to be a different play, and Islamabad’s lack of any hedging room against “iron brother” Beijing is going to become a challenge. This is an outcome of myopic State building, where an entire military, economic and political system is designed around one political and geographic agenda.

As Pakistan and Saudi clash, New Delhi is in a comfortable position, having made strong political and economic inroads into the Gulf capitals, which realise realpolitik’s strong reliance on economics in modern diplomacy designs, giving a second-tier seat to issues such as religion. The Saudi–Pakistan kerfuffle is not a zero-sum game, and relations between the two will reconcile, led by deep defence and political roots. However, this relationship will look different from what it has historically been.

This is the time for New Delhi to make some critical moves, such as rapidly clearing Saudi- and UAE-backed infrastructure projects, cementing itself as a premier investment destination for the Gulf to park its money. Pakistan’s attempt to make Kashmir a big issue in the Islamic world has failed, and the time is opportune for Indian diplomacy and economy to continue to capitalise on this in a restrained yet tactful manner.