Afghanistan Asks Pakistan to Carry Out USanctions on Taliban

UN sanctions, which include a freeze on assets, a travel ban and denying access to weapons, against scores of operatives of the Taliban-Haqqani Net. 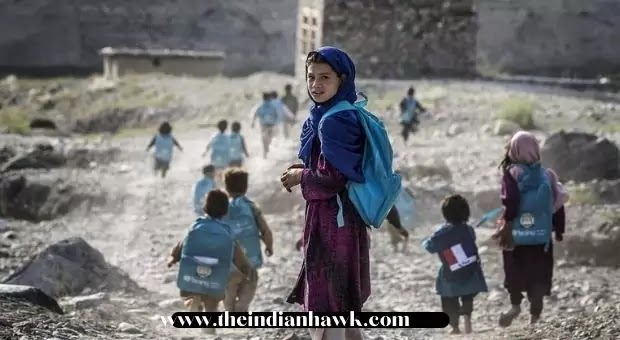 Less than a week later, a Taliban delegation led by Mullah Abdul Ghani Baradar, the deputy political chief of the group, arrived in Islamabad on Monday at the Pakistan government’s invitation for talks on the Afghan peace process.

A statement issued by Afghanistan’s foreign ministry, the notification issued by Pakistan on implementing the UN Security Council sanctions had been “carefully considered and thoroughly reviewed”.

All nations are bound to comply with UN Security Council Resolutions 2255, 1988, 1267 and 2253, and Afghanistan “urges the government of...Pakistan to abide by its obligations and its international responsibilities to implement the above-mentioned resolutions and to be committed to their full implementation”, said the statement in Dari.


The statement noted the Pakistan government has pledged to implement the UN Security Council sanctions, including travel restrictions, arms embargo and freezing of funding for individuals and groups affiliated with the Taliban. “The Islamic Republic of Afghanistan will continuously monitor and follow the process of implementation of this document and the implementation of its resolutions,” it added.

Implementation of all UN Security Council sanction, “especially those that cut off funding and equip terrorist activities and prevent war and bloodshed, is mandatory for all governments”, the statement said.

The Afghan government also called on the Taliban to “start peace talks as soon as possible and not to expose themselves to international sanctions by stopping the bloodshed and [making a] full commitment to a lasting and dignified peace”.

Read Also: KALI: Everything About The Secret Beam Weapon Of India

Pakistan foreign minister Qureshi personally received the Taliban delegation when it arrived at the foreign ministry on Tuesday evening. The talks between the two sides lasted almost two hours.

At least six members of the Taliban delegation, including Mullah Baradar, have been sanctioned by the UN Security Council. While Baradar and three others were allowed to travel under a special exemption to participate in “peace and reconciliation discussions”, two members aren’t allowed to travel abroad, people familiar with developments said.

Pakistan’s recent move to enforce the UN sanctions, which also apply to Lashkar-e-Taiba (LeT) founder Hafiz Saeed, Jaish-e-Mohammed chief Masood Azhar, Dawood Ibrahim and hundreds of terrorists, was widely perceived as having been taken with an eye on an upcoming assessment of the country’s counter-terror financing regime by the Financial Action Task Force (FATF).