US UAV, Israeli Loitering Bombs as Indian Infantry Gets Lethal 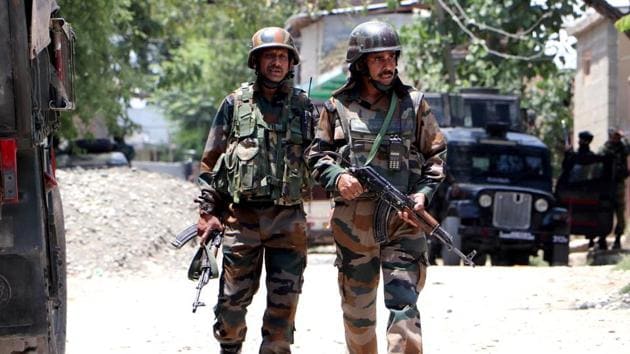 The Indian army has set its eyes on acquiring hand-launched, remotely controlled unmanned aerial vehicle Raven from US and state-of-the-art Israeli Spike Firefly “loitering” ammunition to add lethality to its ground infantry apart from long-range precision artillery shells with a range of over 40 kilometres.

While the army is sharpening the teeth of its infantry, the air force will get five Rafale multi-role fighter jets from Paris this month, with another four to be used for training in France. The five fighter jets will be based at Ambala.

The Indian navy is all set to commission its second ballistic missile-firing nuclear submarine, INS Arighat, later this year.


According to people in South Block aware of the development, the army is set to acquire 200 pieces of RQ-11 UAV, which can fly up to 10 kilometres at an altitude of 500 feet and speed up to 95 kilometres per hour, to help infantry troops conduct reconnaissance of the battle theatre ahead and placement of enemy troops.


After the Indian army brought Spike Mark III anti-tank guided missiles from Israel as part of emergency purchases due to the Ladakh standoff with China, it is now buying firefly ammunition that can deliver a precision strike on enemy troops hiding within a range of one km.

The latest Firefly ammunition not only has loitering capability to locate a target but also can be called back if the target has moved beyond range.

While the IAF and Indian Army have been at the forefront of the Indian posture in Ladakh, the Indian Navy has been on the front foot in the Indian Ocean against Chinese warships.

According to senior military officials, the Navy through its Fusion Centre at Gurugram has kept a close watch on the Indian Ocean throughout the Ladakh crisis and has been able to muscle out six Chinese warships from the Arabian Sea and Indian Ocean region.

“These ships were around Gwadar port in Balochistan. First, three ships went back to China with the Indian Navy closely watching them and then the remaining three also returned to their home country. Today, there is not a single Chinese warship in the Indian Ocean,” said a senior military officer on condition of anonymity.

While the senior military commander talks on disengagement in Ladakh will take place this week, the troop withdrawal exercise from all the four stand-off points is currently on with verification on the ground.


While the Chinese People’s Liberation Army has tried to link the withdrawal with other conditions, Indian army commanders have made it clear that the disengagement is unconditional.