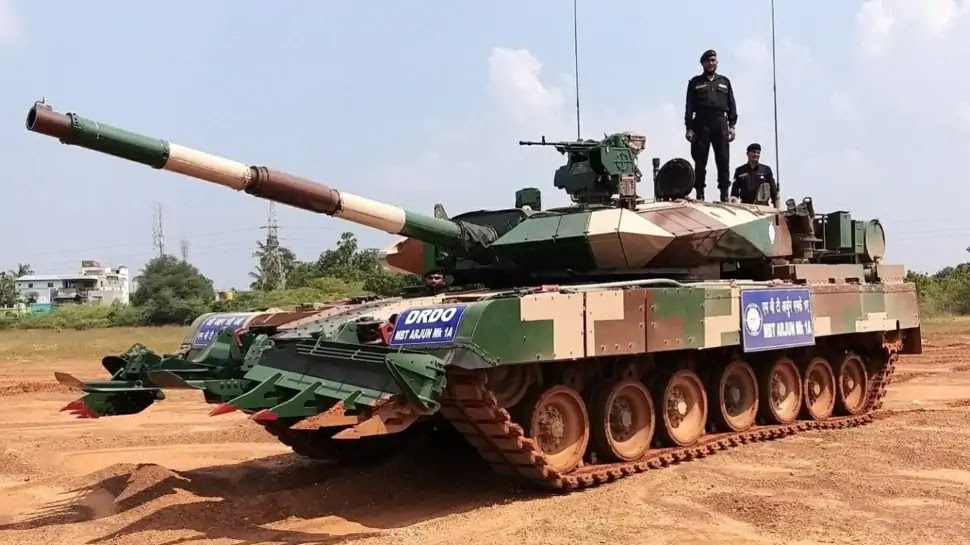 On January 9, 2017, BSF jawan Tej Bahadur Yadav posted a video on social media accusing the organization of poor food quality during the deployment on the borderline in Jammu. Since then there were a lot of controversies over the situation of the soldiers in the Indian Army with the criticism of the government regarding this video.
Although BSF is a paramilitary force, the controversy sparked a new debate on the issues of Indian soldiers. On the other hand, the CAG report on India's defense preparedness was presented in Parliament on July 21 last year.

In this report, serious concern was expressed on the Indian Army and defense preparedness.
It is interesting that when the soldiers of India and China were face to face on the Doklam border in Bhutan, then the CAG raised serious questions about the capability of the Indian Army.

On behalf of the CAG, concerns were raised over the reliability of the aging fighter aircraft and the Indian missile system, with flaws in the maintenance of the IL-76 transport aircraft. According to the report of the Wall Street General, the Indian Army has demanded a fleet of 42 planes and about 750 aircraft to face China and Pakistan. But the Indian Army is operating from an old jet like the MiG-21.

How many powerful weapons does the Indian Army have?

India has old military planes which are often sufferers of accidents. According to data released in February last year, there have been 39 planes crashes in the four years preceding that.

Last year, two MiG-21s crashed in September.
According to the CAG report, 80 missile systems were received from Bharat Electronics Limited, out of which 30 percent of Akash missile systems failed in basic testing.

The report said that the missile failed to reach the target and its speed was also low. Two missiles were lying there due to booster nozzle.

On this CAG report of March 2017, the Indian Air Force said that the process of replacing outdated missiles is continuing.

The CAG had also underlined that the Government of India had announced the deployment of the Akash missile on the India-China border in 2016, but it was not successful in installing it in one place.

According to this report, the failure of these missiles is more than international standards.

'Indian Army ready to fight on more than two fronts'

Pakistan says China is a good friend for Pakistan, and if India opens war against Pakistan, India should also be ready to fight on two fronts against China & Pakistan.

The CAG report for Prime Minister Modi's Make in India scheme towards making India self-reliant in defense sector and reducing arms imports was nothing short of a shock.

Despite this, India's Army Chief Bipin Rawat has said many times that the Indian Army is fully prepared to fight on two and a half fronts simultaneously.

The Army chief's statement was mocked within the country on what basis he was talking about getting ready for war on more than fronts.

On the one hand, there is a debate on the Indian Army chief's statement and on the other hand, the amount allocated in the defense budget is being debated, how will India be able to compete with China and Pakistan together with this budget?

In 1988, the defense sector was allocated 3.18% of GDP, but since then there has been a steady decline.

In the last budget, 1.6 percent of India's total GDP was allocated to spend on defense, whereas globally this standard is two to 2.25 percent.

Compared to India, China allocated 2.1 percent of its GDP to spend on defense, while Pakistan has 2.36 percent.

Where is the Indian Army against China?

Lakshman Kumar Behera of the Institute for Defense Studies and Analysis has said in several of his interviews that the allocation amount for modernization of the Army has come down by 0.9 percent. At the same time, this reduction in Navy and Air Force is 12% and 6.4%.

This is seen when the Indian army is grappling with the acute problem of shortage of fighter aircraft, rifles, weapons, bullet-proof jackets, howitzers, missiles, helicopters and warships.

The Diplomat report says, "China is far ahead of India in terms of military power. India does not stand up to China's military capability. China has one million more troops than India. Five times more submarines and Tanks. "

"Combat planes are more than double that of India and warships are almost double. China has more than three times as many nuclear weapons as India. While China's defense budget is $ 152 billion, India's is only $ 51 billion. "

It is also being said about this time budget that the government is not in a position to spend more on the defense budget because the situation of the Indian economy is not well.

According to a report by Bloomberg, more than 80 percent of the amount that India allocates on the defense budget is spent on the salaries and other allowances of the defense personnel.

In such a situation, there is very little fund left for modernization. Despite this, the Army did not use 6,886 crore amount of defense budget last year.

Manohar Parrikar, who was the defense minister in the Modi government had formed a committee under the chairmanship of Lieutenant General Sheketkar to carry out reforms in the Army.

Out of the 99 recommendations of this committee, the government has directed to implement 65.

This committee has recommended reducing the number of forces in the Army and cutting down on expenses. At present, there is about 14 lakh strength in the Indian Army.

Modi government has now reduced FDI in the defense sector to 100%.

India is still one of the world's leading arms importer countries.

Lakshman Kumar Behera, author of the Indian Defense Industry n Agenda for Making in India, wrote in his book that India still imports 60 percent of its weapons of need.

According to the Stockholm International Peace Research Institute (SIPRI) report, India's share in the world arms imports were 15% between 2010 and 2014.

With this, India was number one in terms of arms import.

On the other hand, China has emerged as the world's third-largest arms exporter, leaving behind France, Germany and Britain.

In 2005, India had set a target of making 70 percent of the weapons of its need in the country, which has still reached 35 to 40 percent.

According to a report by The Stockholm International Peace Research, worldwide military expenditure is increasing by 1.2% every year.

According to this report, The United States alone leads the world with a 43% share in military expenditure.

This is followed by four permanent members of the UN Security Council. However, the rest of the members do not go around America either.
China is at number two with seven percent. After this, Britain, France, and Russia are around four percent.

According to this report, China's military strength is around 23 lakhs. However, despite such a large number, China's spending on the military does not stand anywhere in front of the US.

It is not so difficult to understand this big difference in military expenditure of the USA and China.

Like the US, China does not engage its troops in many international missions or military interventions.

Also, like America, it does not have hundreds of military bases around the world. China has limited itself to national and regional military operations so far.

Many analysts say that India is still entangled in the traditional border dispute with Kashmir and China, but China has spread its foot from the Indian Ocean, the South China Sea to the Arctic.

When the Modi government shall present the budget on February 1, it will not be able to ignore these challenges.