No Need to Set Up Panel to Review AFSPA in J&K: LG Manoj Sinha

Lieutenant Governor Manoj Sinha of Jammu and Kashmir said that the union territory does not require a panel to review the Armed Forces Special Powers Act (AFSPA) as of Monday. Manoj Sinha was asked by an interviewer if Jammu and Kashmir believe it is necessary for the AFSPA to be reviewed or repealed as it has been in Nagaland. 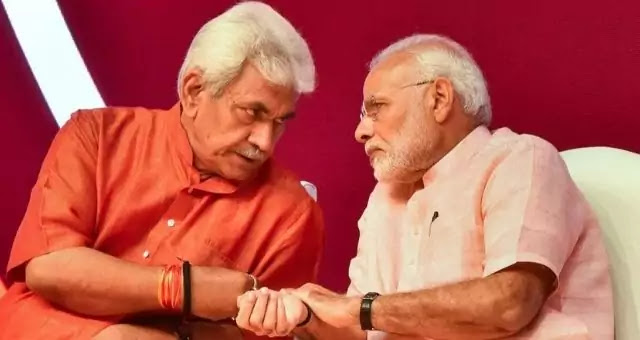 "It's nothing to be worried about. I'm investigating it. I don't see the point in putting together a panel to look at it "Sinha spoke at a news conference in this city.

On Sunday, the Centre set up a high-level committee, headed by a secretary-rank officer, to look into the possibility of lifting the contentious Armed Forces (Special Powers) Act in Nagaland, apparently to calm rising tension in the northeastern state following the killing of 14 civilians.

The five-member committee will be led by India's Registrar General and Census Commissioner, Vivek Joshi, and Piyush Goyal, Additional Secretary in the Union Home Ministry. Assam Rifles DGP and Nagaland's Chief Secretary are also members, according to a government official who is aware of the committee's composition.

Some political leaders in Jammu and Kashmir expressed concern about demographic change in the territory. LG Sinha, however, rejected these concerns outright.

"It is categorically unwelcome in my household. I'm not going to react to what leaders say "In response to a follow-up question, Sinha said.

A large number of local youth have been given jobs in J&K's hydro power, tunnel, and road projects in an effort to allay these fears, according to LG.

People will be incensed by it, according to him. This will be taken into consideration, he promised.

At the first-ever investment summit earlier that day, LG said attempts to impede investment would be dealt with.

"We will dismantle the barrier of stumbling blocks (in the development journey of Jammu and Kashmir). We intend to move quickly on this development path "he stated.

However, he urged investors to include the people of Jammu and Kashmir on their boards of directors.