Despite US And EU Objections, Israel Plans To Build 3130 Settlement Dwellings 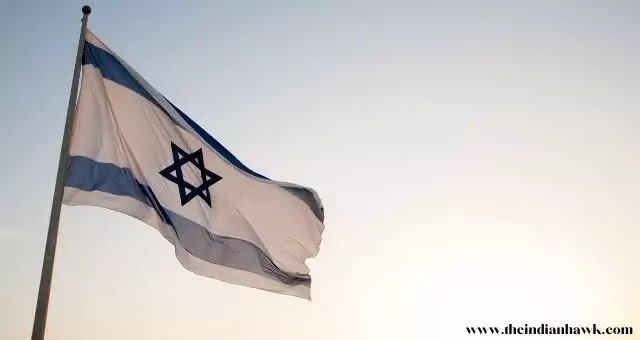 Nicosia: The Israeli government revealed plans on October 27 to build 3,130 homes for Jewish settlers deep within the occupied West Bank, defying the greatest criticism of such projects to date from US President Joe Biden's administration as well as 13 EU countries. The Israeli government of Naftali Bennett and the Biden Administration clashed for the first time over this decision.

"We strongly oppose the extension of settlements, which is clearly inconsistent with efforts to lessen tensions and promote peace, and it harms the prospects for a two-state solution," US State Department spokesman Ned Price said ahead of the announcement on October 26.

Price went on to say that the Biden administration will "specifically raise the US administration's views on this matter with senior Israeli officials in private meetings."

The foreign ministries of Germany, Belgium, Denmark, Finland, France, Germany, Ireland, Italy, the Netherlands, Norway, Poland, Spain, and Sweden issued an united statement criticizing Israel's decision to build 3000 dwellings for Jewish settlers in Palestinian territory. "We urge both parties to build on recent initiatives to increase collaboration and reduce tensions," according to the statement.

Jewish settlements in occupied Palestinian territory are illegal under international law, yet successive Israeli governments have permitted them to expand, making a two-state solution to the Palestinian problem—a solution that has widespread international support—increasingly unattainable.

More than 600,000 Jews are reported to dwell in 145 settlements created after Israel's 1967 Middle East conflict occupation of the West Bank and East Jerusalem. The presence of Jewish colonies in Palestinian territory makes it impossible to create a geographically contiguous Palestinian state.

However, the current plan's approval pales in comparison to former Prime Minister Benjamin Netanyahu's construction ambitions, which resulted in the construction of over 30,000 settler homes during the Trump administration. Former President Donald Trump was far more tolerant of settlement activity, declaring that settlements did not violate international law.

Bennett's government attempted to sweeten the pill by announcing the awarding of 1,300 building permits to Palestinians, the first time this has happened in a decade. In the 60% of the occupied West Bank that is under complete Israeli rule, Palestinians require military authorization to develop. However, such permissions are extremely rare, and Palestinian homes built without permission can be removed at any time by Israeli officials.

The decision, made by Naftali Bennett, who has long advocated for the rights of Jewish settlers in the West Bank, has enraged the left-wing parties and the Arab Ra'am party in the shaky 8-party coalition formed a few months ago with the goal of ending Prime Minister Benjamin Netanyahu's 12-year reign.

Despite the strain on the government's cohesion, the coalition partners do not appear to want to break up the government ahead of the important national budget vote in the Knesset later this month (the Israeli Parliament). If the budget isn't passed, Israel will have to hold its sixth general election in three years, which might result in Netanyahu's return to power.

This could also explain why the US administration decided to postpone the reopening of the US consulate in Jerusalem, which will service the city's Palestinian community. Right-wing parties and ultra-nationalist Israelis are adamantly opposed to this, which could lead to the coalition's breakup.

According to press reports, Israeli Foreign Minister Yair Lapid told US officials during his recent trip to Washington that if the US takes such a step before the Knesset votes on the budget, the coalition government's right-wing parties will feel compelled to leave the coalition of right-wing, left-wing, centrist, and Arab political parties, forcing Israel to hold a fifth election.

On the same day, the Israeli government labeled six significant Palestinian civil society and human rights organizations as "terrorist" organizations, further dividing Israel's ruling coalition. These six groups are said to be linked to the Marxist-Leninist Popular Front for the Liberation of Palestine (PFLP), which has been accused of killing civilians in the past.

As a result of the terrorist classification, Israeli authorities will be able to search offices, freeze funds, and restrict these organizations from raising funds or receiving public support.

Ned Price, a spokesman for the US State Department, said the US had not been informed of the move and that the US, in general, supported a healthy civil society. He added that the US would ask Israel to explain its reasoning.

The right-wing Prime Minister is playing a risky game by deciding to build over 3000 homes for Jewish settlers and designating Palestinian civil society organizations as "terrorists." He wants to boost the number of his right-wing supporters, but this enrages his coalition allies, the United States and the European Union.

"The announcement has already raised tensions between the Bennett government and the Biden administration, which opposes activity that makes it harder to resolve the Israeli-Palestinian conflict by establishing a Palestinian state in the West Bank and Gaza Strip," the New York Times' Jerusalem Bureau Chief Patrick Kingsley writes in an article.

The move has also exacerbated divisions within Israel's government, which is made up of a diverse coalition of ideologically opposed parties who put aside their differences to remove Mr. Netanyahu from office, promising to keep their fragile alliance together by refraining from unilateral decisions on the Israeli-Palestinian conflict.