General M M Naravane, the chief of Army's staff (COAS), stressed the importance of constantly evolving tactics, techniques, and procedures in order to fight future battles, as well as capability augmentation in manned and unmanned systems, on Friday. He was in Jaisalmer to observe and review the 'Dakshin Shakti' military drill. 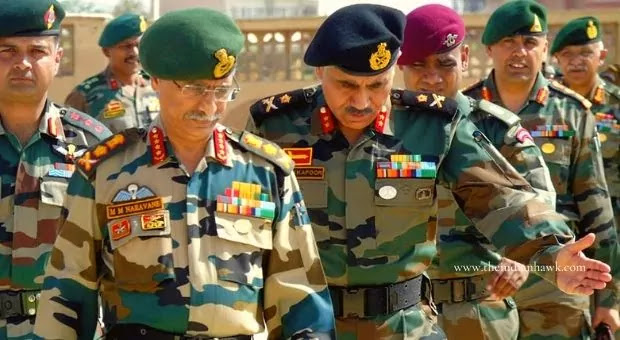 Naravane further praised the participants for their excellent level of readiness and operational readiness, and urged them to maintain their vigilance for the nation's security. "To fight future battles, there is a continuing need to evolve tactics, techniques, and procedures, as well as capability enhancement in both manned and unmanned systems," he said in a statement.

The Dakshin Shakti was performed by the Indian Army's Southern Command with the goal of ensuring integrated force application in multidomain operations and upholding the country's military objectives across the whole spectrum of war.

The Indian Army's infantry, mechanised formations, and airborne personnel have been practising tactical and operational manoeuvres in a fluid battlefield environment for the past week, operationalizing future technology.

The statement added that this was accomplished by utilising versatile and indigenous airborne platforms such as the Advanced Light Helicopter (Weapon System Integrated), Swarm Drones, and enmeshing Artificial Intelligence to provide a cohesive operational and intelligence picture amalgamated within the Intelligence, Surveillance, and Reconnaissance (ISR) Architecture.

The Army commander praised the Southern Command for deploying and utilising indigenous equipment introduced as part of the 'Atma Nirbhar Bharat' initiative.