The J&K Police arrested six suspects in the Poonch encounter, which entered day 17 on Wednesday. Three of them were apprehended as they attempted to f 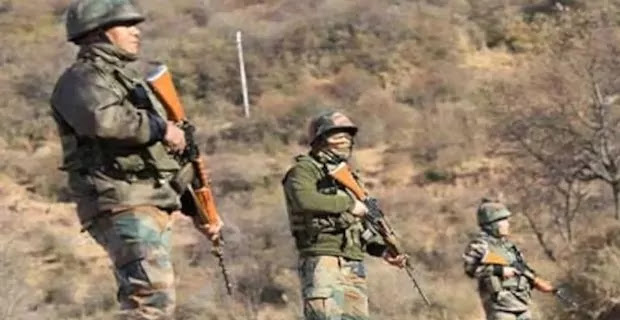 The J&K Police arrested six suspects in the Poonch encounter, which entered day 17 on Wednesday. Three of them were apprehended as they attempted to flee to Saudi Arabia, while three locals were arrested for providing logistics to the terrorists.

According to information provided to The Indian Hawk by on-the-ground sources, the accused were aware of terrorists operating in the area and left J&K on the same day as an encounter broke out in Dera Ki Gali, Poonch on October 11, during which the Indian Army lost five soldiers. In addition, a dozen people have been detained, with six of them being arrested.

The Indian Army had previously captured weapons and ammo from a terror hideout in Poonch. One Ak-47 with the magazine, 29 AK rounds, two grenades, four biscuit packets, a sling, socks, a t-shirt, a jacket, blankets, tiffins, two pairs of shoes and one single shoe, two detonators, and two syringes were among the other items recovered. Following the recovery, more searches were carried out.

One of the longest-running anti-terror operations is the Poonch encounter.

After terrorists targeted innocent civilians in Kashmir, anti-terror operations began in earnest. The Indian Army and J&K Police began back-to-back operations on orders from the J&K administrations, resulting in many confrontations in the valley region.

On October 11, five Indian Army men, including a Junior Commissioned Officer (JCO), were killed during a search operation in Poonch's Dera ki Gali (DKG) area. Since then, the area has been engulfed in a major battle between unknown terrorists and Indian security forces.

The J&K Police is launching an inquiry to catch people who are assisting terrorists in surviving in the forest area while big news from Poonch is still anticipated. Prior to this, the role of a jailed LeT terrorist named Zia Mustafa was discovered, and he was taken to an investigation site, but he was killed after an encounter.

Prior to that, a local woman from the Poonch district was arrested for allegedly assisting terrorists with logistics in order to survive in the forest. In the meantime, Indian forces in the district discovered and defused two suspected box-type improvised explosive devices (IEDs) on Friday. Indian forces detected and dispersed IEDs in the Bhata Durian Forest.