PLA Restricts Use of Homegrown Navigation System in Military Movement

China has curtailed the use of its navigation system, known as BeiDou, amid an increase in Indian surveillance to better understand Chinese actions an 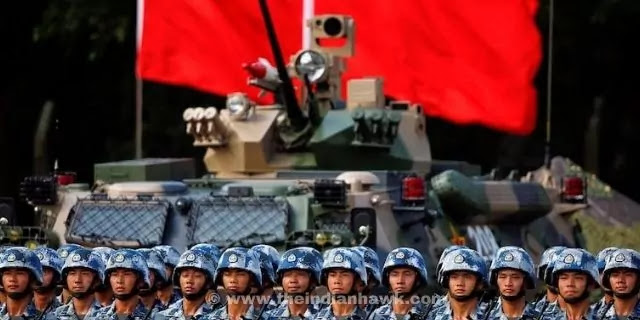 China has curtailed the use of its navigation system, known as BeiDou, amid an increase in Indian surveillance to better understand Chinese actions and movements along the Line of Actual Control (LAC).

Activation of BeiDou terminals around the Northern Borders has dropped dramatically in the recent month. Platforms with the BeiDou Navigation Satellite System only use it to validate their location.

Officials say this is a deliberate attempt by China's People's Liberation Army (PLA) to hide its critical Northern Border activities.

The BeiDou system was launched on June 23, 2020, completing a two-decade endeavor. China began developing it in the 1990s. In 2000, the first satellite launched, kicking off the trip of its own navigation system.

The Indian Army is upgrading its monitoring grid with long-range surveillance drones, radars, and night vision capabilities. An accurate image of Chinese activity in LAC is provided by the augmented surveillance platforms.

Drones, satellite imaging, radars, and ground cameras are all being used to assess the ground situation in China.

“We are strengthening monitoring close to the LAC,” said Eastern Army Commander Lieutenant General Manoj Pande recently. We have strengthened our deployment in some places. We've been worried for a year and a half. Eastern Command increased its readiness and response capability.

According to sources, Pakistan's Armed Forces would be fully integrated into BeiDou.

In recent years, China has been supplying Pakistan with a variety of weapons and equipment. Experts predict Pakistan will eventually transfer all vital military platforms to the BeiDou Navigation Satellite System.