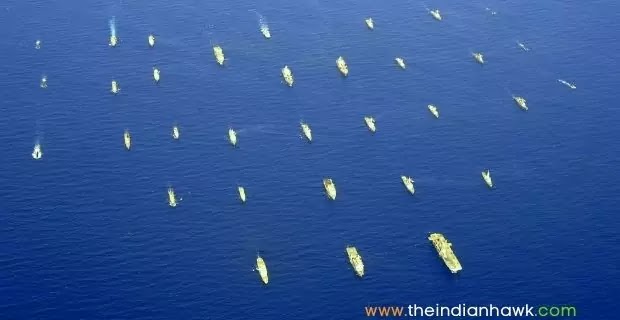 Despite China's opposition, an unprecedented UN Security Council session led by India emphasized the importance of the UNCLOS (United Nations Convention on the Law of the Sea), which "sets out the legal framework applicable to activities in the oceans, including countering illicit activities at sea."

Despite the fact that the US permanent representative is a cabinet-level official, US Secretary of State Antony Blinken represented his country, highlighting the seriousness of the subject and the developing convergences with India. China, on the other hand, expressed its disapproval by sending Dai Bing, its deputy permanent representative, to the conference.

Vladimir Putin, the Russian president, was also present. International concern has grown as a result of China's aggressive actions in the South China Sea and the East China Sea, including island-building and intimidation of countries by its fishing militia.

Despite the fact that the Permanent Court of Arbitration (PCA) under the United Nations Convention on the Law of the Sea (UNCLOS) decided in 2016 that China's operations in the South China Sea are illegal, Beijing has persisted unabated, contributing to rising tensions. However, under intense international pressure, China agreed to establish the primacy of the UNCLOS on Monday.

In his speech, Modi emphasized India's track record of adhering to the PCA's ruling and resolving its maritime boundary issue with Bangladesh through international arbitration.

The meeting was contentious at times, with a Chinese official lashing out at Japan for dumping Fukushima-contaminated water into the Pacific while also requesting that the ASEAN countries work out a code of conduct. Blinken was the only one who spoke out against China's conduct in the South China Sea.

The meeting was attended by two presidents (Russia and Kenya), two prime ministers (India and Vietnam), and ten ministers, seven of them were foreign ministers, under the agenda item "Maintenance of International Peace and Security." It was one of the most active UNSC sessions in recent history.

Modi spoke at the occasion and urged everyone to work together to create a framework for dealing with marine concerns. India took a consensus-building strategy, according to officials who negotiated the resulting paper, by contacting all UNSC members for the most acceptable language. All delegates applauded the PM's five-point principles, which called for the UNSC to draft a plan for international maritime security.

“India's role in the Indian Ocean as a ‘net security provider' was reaffirmed. The UNSC reviewed the PM's vision for SAGAR (Security and Growth for All in the Region) and IPOI (Indo-Pacific Oceans Initiative), according to a source.