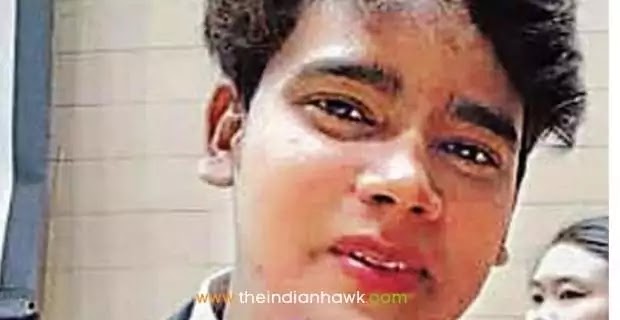 Beijing: The Chinese police have taken into custody a foreign student at Tianjin Foreign Studies University (TFSU) in connection with the murder of a 20-year-old Indian, a student at the same varsity, last week, people familiar with the development said.

Aman Nagsen, a resident of Gaya in Bihar, was a student of international business studies at the university located in the city of Tianjin, around 100 km south of Beijing. He was found dead on the campus on July 29.

Preliminary examination of the body and the crime scene by Tianjin police confirmed that Nagsen was murdered, the Chinese foreign ministry told HT in a statement.

“Around 8 pm on the night of July 29, Tianjin Municipal Public Security Bureau (PSB) received a call saying that an Indian student was lying on the floor of the dormitory with no sign of life,” the statement said.

“The initial investigation of the Public Security organ found the case to be homicide, and the suspect is another foreign student at the university. Compulsory measures have been taken on the suspect and the case is still under further investigation,” the statement added.

We have separately learnt that Nagsen was stabbed to death with a sharp-edged weapon.

Neither the nationality of the suspect nor the motive behind the murder — what seems like a rare serious crime on a Chinese campus involving two foreigners — could be immediately confirmed. It also could not be known if the murder weapon was recovered by the investigators.

The Chinese foreign ministry said it was in communication with the Indian embassy in Beijing on the case. The Indian embassy was informed about the case first on July 30 and then again on the following day, it added.

“Relevant Chinese competent authorities had notified the Indian embassy in Beijing of the situation of the case on July 30 and 31, respectively, and maintained communication with the embassy,” the statement.

“The Chinese side will handle the case in accordance with law and offer active assistance in follow-up matters,” it added.

Besides the motive behind the crime, several questions remain answered, including the time when the murder was committed and if there was a likely gap of days between the crime and the discovery of the body.

The case also raises questions on the role of the university authorities in looking after the welfare and security of foreign students staying on campus.

Last week, worried family members got in touch with Nagsen’s local guardian in Beijing after being unable to contact him for several days.

The local guardian in turn got in touch with TFSU authorities, persuading them to look him up. That was when Nagsen’s body was found.

The Indian embassy has so far been tightlipped about the case because of the sensitivity of the matter.

Meanwhile, Nagsen’s grieving family in Gaya continued its appeal to authorities in India and China for help in getting the body back.

“Let them continue with the investigation after sending the remains home. We beg the Chinese and Indian authorities,” the deceased’s uncle Pankaj Paswan said from Gaya.

An official from the Indian embassy is said to have gone to Tianjin to coordinate the release of the body with local Chinese authorities.

Sending back Nagsen’s body to India is likely to be a complicated and a costly process as no passenger flights are currently operating between China and India in view of the Covid-19 pandemic. The remains would have to be sent through a third country.

Official sources told that the autopsy was conducted on Tuesday and the death certificate is expected to arrive in a week. The process for repatriation of the body to India will be carried out thereafter, they added.