12 Nations Among US, India and China Decide Not to Recognise Any Afghanistan Govt Imposed by Force 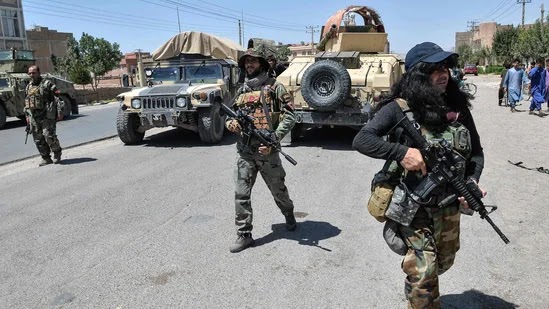 Twelve countries, including the United States, India, and China, as well as representatives from the United Nations and the European Union, have decided not to recognize any government in Afghanistan that seeks to take control through the barrel of a gun, according to the State Department, despite the Taliban's continued offensive across the war-torn country.

On Thursday, representatives from the United States and Qatar, the United Nations, China, Uzbekistan, Pakistan, the United Kingdom, the European Union, Germany, India, Norway, Tajikistan, Turkey, and Turkmenistan convened in a regional conclave to discuss ways to contain the escalating security situation in Afghanistan.

Qatar was the host country for the conclave.

The individuals that took part "First and foremost, they agreed that the peace process needed to be hastened. They also agreed, crucially, that they will not recognize any government imposed by armed force "On Thursday, State Department Spokesperson Ned Price told reporters.

His comments came as the Taliban marched across Afghanistan, seizing important provincial capitals.

According to reports, the terrorist organization took Herat and Kandahar, the country's second and third largest cities after Kabul, as well as a crucial provincial capital, on Thursday.

It comes only weeks before the United States' military presence in Afghanistan comes to an end.

Over the course of weeks and months, the world community, according to Price, came together to speak with one voice on this issue.