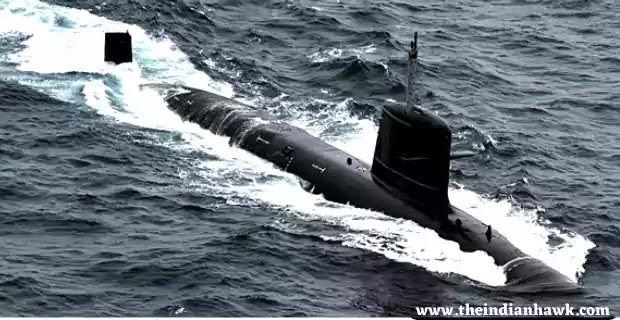 The defence ministry has cleared a two-decade-old plan to procure six conventional submarines with the ability to stay underwater for weeks. The order will create competition that will involve defence sector giant Larsen and Toubro and public owned Mazagaon Dockyards Limited.

The Rs 43,000 crore project is the first under an ambitious strategic partnership model to involve the private sector in large military projects monopolised by the public sector till now and will be the largest ‘Make in India’ defence order. The go-ahead to the programme was given at a meeting of the Defence Acquisition Council chaired by defence minister Rajnath Singh, finalising the terms and conditions of the project that will be closely watched around the world. The minister had last year broken a deadlock on the down selection of Indian companies for the contract.

The Navy is expected to roll out the official tender later this month, to start the selection process. “This project envisages indigenous construction of six conventional submarines equipped with the state-of the-art air-independent propulsion system at an estimated cost of Rs 43,000 crore,” a defence ministry statement said after the meeting. Sources said that it would take at least two years before the contract is awarded to a winner, given complex discussions ahead. Under the SP plan, the two Indian bidders will now have to thrash out a techno-commercial proposal with any five shortlisted foreign collaborators.

MDL and L&T will submit a final bid to the ministry after evaluating collaboration proposals by the five foreign technology providers from Germany, South Korea, France, Spain and Russia. Given that there are only two Indian companies shortlisted, an intense battle between the foreign companies is expected, given the high stakes contract.

Both the Indian companies will enter into discussion with the foreign partners after the final tender is issued, with critical criteria for selection being the air-independent propulsion technology which enables submarines to stay underwater for over two weeks, against the current endurance time of a few days. This gives the submarines added stealth at sea, increasing operational capabilities. Pakistan already operates such submarines and India plans to retrofit the Kalvari class of submarines with a similar homegrown system in the coming years. Plans for P75I originally date back to 1999 and the first RFP had been prepared as early as 2003 but never saw the light of day.

Both L&T and MDL are uniquely placed for the competition. MDL has experience in submarine construction as part of the Scorpene (Kalvari) programme with France. L&T is the industry partner for the indigenous nuclear powered and armed Arihant class of submarines and has gained impressive technical capabilities. The defence ministry described the approval as a landmark event and said that it will “serve to facilitate faster and more significant absorption of technology and create a tiered industrial ecosystem for submarine construction in India”.