Not willing to de-escalate China is further reinforcing its military positions & rotating troops in the “depth areas” along Line of Actual Control. 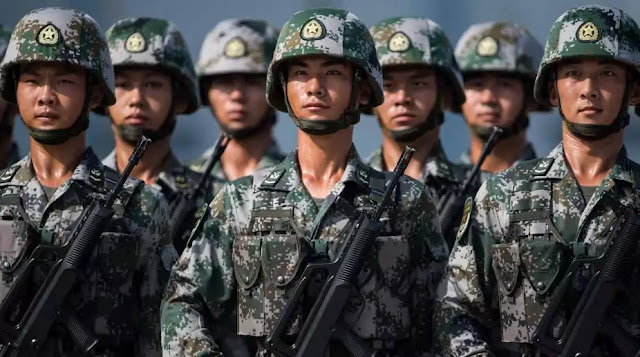 NEW DELHI: A year after Indian and Chinese soldiers first clashed on the north bank of Pangong Tso in eastern Ladakh, China is now further reinforcing its military positions and rotating troops in the “depth areas” along the Line of Actual Control in a clear signal that it has no intent to de-escalate anytime soon.

With the harsh winter having receded, the People’s Liberation Army (PLA) is fast converting the temporary structures, ammunition dumps, helipads and surface-to-air missile positions it had set up last year in the “depth areas”, ranging from 25 to 120-km from the LAC, into permanent positions now.

“There is no fresh accretion of PLA troops on the frontlines in eastern Ladakh. But China continues to maintain sizable forces in the areas to the rear of the friction points, while it reinforces military positions all along the frontier in the region,” said a senior officer on Tuesday.

“The Rug Country area, which can act as a staging area for Pangong Tso since it is only around 100-km away, for instance, has witnessed a lot of activity in recent days. The PLA, of course, can move forces much faster to the LAC due to the better road and other connectivity,” he added.

It was on May 5-6 last year that dozens of Indian and Chinese soldiers were injured in the major brawl that had erupted on the north bank of Pangong Tso, which was followed by another one at Naku La in North Sikkim on May 9.

India had then been caught off-guard by the way China had suddenly diverted its troops from their annual spring\summer exercises to undertake multiple incursions into eastern Ladakh in a well-planned manner.

Scrambling in response, India had moved over three additional divisions (each has 10,000-12,000 troops), howitzers and armoured vehicles into Ladakh, along with deploying fighters as well as attack and heavy-lift helicopters in forwarding bases, to match the PLA deployments.

The tense face-off had led to the violent skirmishes in the Galwan Valley on June 15, with casualties on both sides being witnessed for the first time in 45 years, and even “warning shots” being exchanged by the rival troops in the Kailash Range-Chushul sector between August 29 and September 8.

After multiple diplomatic and military talks, the two armies finally disengaged on both sides of the Pangong Tso in February. But since then, the PLA has flatly refused to pull back from Gogra, Hot Springs, Demchok and Depsang Plains, as was reported earlier.

With the onset of summer, both India and China are rotating their troops in the forward areas as well as readying for their annual exercises and stepped-up deployments now. The PLA, for instance, has replaced its two motorized infantry divisions across the LAC with fresh ones over the last month.

Apart from systematically building roads, military camps, missile positions and other infrastructure all along the 3,488-km LAC from Ladakh to Arunachal Pradesh, Chinese airbases like Hotan, Kashgar, Gargunsa (Ngari Gunsa), Lhasa-Gonggar and Shigatse have also augmented their capacities for additional fighters and bombers. “These airbases continue to have additional deployments. There is not much change,” said another officer.