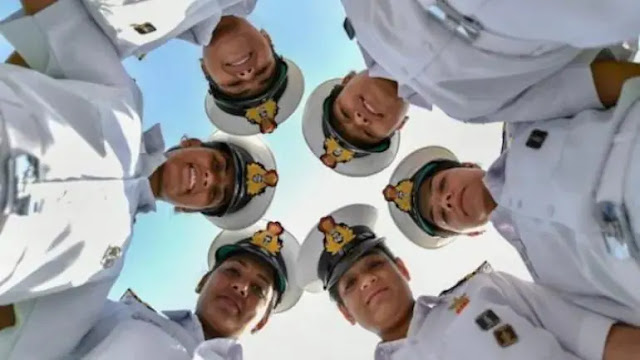 The Indian Navy has said the force recently deployed four women officers onboard its warships after around 23 years. Women officers were first posted onboard warships in 1998 but the decision was changed soon

On International Women's Day, the Indian Navy said it has deployed four women officers onboard its warships after over three decades.
“Four Indian Navy women officers have been deployed on warships in recent times. Two of them are posted on the aircraft carrier INS Vikramaditya while two are deployed onboard the Indian naval tanker ship INS Shakti,” spokesperson of Indian Navy said on Monday.
The last time women officers were posted on warships was in 1998. The decision was, however, reviewed after issues came up during the brief posting.
Women officers deployed onboard the tanker vessel INS Shakti include a doctor who said the Indian Navy has given her an opportunity to serve both as a doctor and onboard warship.
"We work shoulder to shoulder with our male counterparts," the officer said.
Indian Navy announced that it started building separate cabins and toilets for women officers a few years ago on its warships to prepare the vessels for lady officers.
The Indian Navy on Monday said the force has also started posting women officers on foreign postings as defence attaches. Lieutenant Commander Karabi Gogoi is the first lady officer to be posted as DA.
Source>>