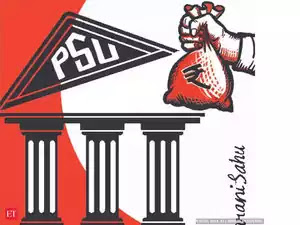 The government has collected Rs 26,457 crore by decreasing its shareholding in six defence public sector undertakings (DPSUs) in the last five years, according to details provided by Minister of State for Defence Shripad Naik in Rajya Sabha on Monday.

He said the policy of disinvestment of minority stake without transfer of management control is being followed for priority sector including defence to unlock value, promote public ownership.

The minister said the policy is also aimed at meeting the minimum public shareholding norms of SEBI (Securities and Exchange Board of India) and for ensuring higher degree of accountability.

HAL is India's aerospace behemoth while MDL and GRESE are the country's premier shipbuilders.

Mishra Dhatu Nigam Limited (MIDHANI) produces various super alloys, steel components and other materials for defence and other strategic sectors. BDL is one of India's leading manufacturers of ammunition and missile systems while BEL is an aerospace company.

To a separate question, Naik said capital procurement of defence equipment is undertaken from various domestic as well as foreign vendors, based on threat perception, operational challenges and technological changes and to keep the armed forces in a state of readiness.

"Government is taking measures for modernisation of the armed forces, through procurement of new equipment and upgrading of existing equipment so as to ensure that the armed forces are equipped to meet the entire spectrum of security challenges," he said.