Gilgit-Baltistan is probably the most crucial strategic location of Asia as it is the center where three nuclear powers India, Pakistan, China meet. 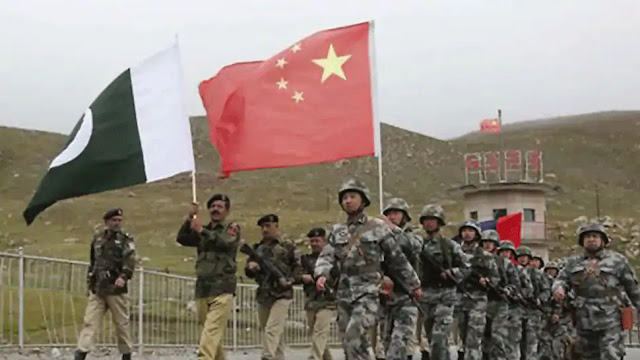 Pakistan is exploiting the instability caused by the COVID-19 pandemic to create a commotion on the issue of Jammu and Kashmir. In a recent media briefing, Pakistan's Federal Minister for Kashmir Affairs and Gilgit-Baltistan Ali Amin Gandapur stated that Pakistani Government has decided to change the status of G-B and to make it a full-fledged province.

He also said that Prime Minister Imran Khan shall soon visit the region to make a formal announcement.

In the legal set-up imposed on G-B by Pakistan, there are two things to consider — first, the laws governing the region and second, government agencies administering the region.

After the Karachi Agreement of 1949, Pakistan began to rule the region through the British era Frontier Crime Regulations (FCR). These regulations were abolished in 1975 and civil and criminal laws were extended to the area.

In 1994, the area began to be ruled by Northern Areas Council Legal Framework. However, in 2009, Pakistan came up with the Gilgit-Baltistan Empowerment and Self Governance Order (2009) and extended the legislature to G-B.

These temporary and rapid policy changes highlight the fact that Pakistan has always maintained an ambiguity in the constitutional status of G-B.

G-B is probably the most crucial strategic location of Asia as it is the center where three nuclear powers India, Pakistan, and China converge. It is also a point that connects different regions of Asia including Central Asia, Southwest Asia, and South Asia.

Even the Middle East countries and Russia are within a short range of G-B.This region fits into China’s expansionism plan and control over the region could give it a massive strategic advantage to enhance its geopolitical control in Asia.

Besides gaining strategic control over the region, China has also rapidly exhausted resources of the mineral-rich region. The area is also facing a hasty environmental degradation due to CPEC related construction and movement of vehicles.

According to the report ‘Human Lives Matter: A Comparative Study and Analysis of Human Development and Human Rights in J&K and PoJK/G-B’ published by Law and Society Alliance, it is estimated that 36.5 million tons of carbon dioxide per annum would be produced due to CPEC, which is equal to 25 per cent of the total national emission. Such ecological degradation would harm the environment,agriculture, tourism, water system and general health in the G-B region.

Environmental activists like Baba Jan have been arbitrarily detained by the Pakistani agencies for protesting against the ecological imbalance caused by CPEC. He is still kept under detention without a fair trial and people of G-B are clueless about his whereabouts.

The above report has also highlighted that Pakistani intelligence agencies have been threatening the media personnel in G-B against criticising the CPEC projects and have been issuing redundant warnings.

The Human Rights Commission of Pakistan was informed by the locals that the government agencies have forced the residents of Maqpoon Das area of G-B to evict their houses without any compensation, and grabbed the land for CPEC related work.

The locals claimed that the grabbed land was later allocated to government authorities for CPEC. As the natural resources of G-B are directly controlled by the Pakistani Government, the resources are being exhausted for benefitting Pakistan while the people of G-B continue to remain underdeveloped.

Human rights defenders have been raising the issue of arbitrary detentions and involuntary disappearances of dissidents of G-B. Sardar Shaukat Ali Kashmiri of UKPNP, while speaking at the UNHRC, urged the UNHRC to pressurise Pakistan on targeting the nationalist leaders of G-B. Furthermore ,no land or labour rights have been entitled to the people of G-B by the Pakistani government.

Even the State Subject Rules of  1927 was abrogated by the Pakistani government in 1947-the only law entitled land rights to the inhabitants.

Over the dozen of civil society groups are political outfits have been vehemently opposing the CPEC and demanding autonomy for the region.There is a long list of such groups including the Balwaristan National Front,UKPNP,GBNA,BSNO,GBUM,KNM and several others.

It would be apt to argue that Pakistan has already been practicing an authoritarian rule over G-B and now China is all set to colonise Pakistan. Observers believe that the decision to change the status has come due to the Chinese pressure to ensure flawless completion of CPEC projects, establish Chinese townships, and eventually colonise the region.

Pakistan has been appeasing China on Kashmir issue and has even omitted Aksai Chin from the map of Jammu and Kashmir used by it. This step may further help Pakistan to score some points in the good books of China. However, it would be detrimental to Pakistan's global campaign on the issue of Jammu and Kashmir as Pakistan’s continuous position reflected at global platforms was to push for autonomy to Jammu and Kashmir.

By converting G-B as the fifth province, Pakistan is going to commit suicide at the diplomatic front and backstab the Kashmiri separatists. Further, Pakistan shall lose every moral and logical ground to tackle India at international platforms and would be unable to gain legitimacy on its Jammu and Kashmir campaign.

The strategic location has also been used by the top Army brass of Pakistan to wage a proxy war against India and this region houses a number of terror groups perpetrating terror incidents in India including Al-Badr, Harkat-ul-Ansar, LeT, JeM, and many others. With the objective to unilaterally use the land and capitalise on its important strategic location, Pakistan has chosen to keep this region underdeveloped and disconnected to other parts of the world.

GB is one of the very few regions of the world that doesn’t have 3G and 4G services.Prior to CPEC,the condition of railways and roadways was pitiable. The two airports built in the region –Gilgit and Skardu , were largely non-functional and now are being used to transport goods related to the CPEC, Even two airports have been constructed in the PoJK. However , since they are not required for CPEC,they have remained almost non-functional for over one and half decades.

G-B has always been an integral part of the unified region of Jammu and Kashmir. The area once ruled by Sikhs went to the hands of Britishers after the Anglo-Sikh War (1845-46), Subsequently,Raja  Gulab Singh took over Jammu and Kashmir from the British through the Treaty of Amritsar 1846, in 1899, the Gilgit,Baltistan and Ladakh region were merged together to constitute one frontier entity.

Later in 1935, the British took over Gilgit from Maharaja Hari Singh for a sixty-year lease. However, the area continued to be ruled under the dominion of Hari Singh. Hence the region has always been ruled over as a part of Jammu Kashmir region and has no resonance with Pakistani territory.