Will US Remunerate Damages of Kabul by Action on China?

US has no plans to relinquish its superpower status, and Afghan departure was based on cold-blooded calculations, since China is now the Biden...

The day after the Taliban took over Kabul, Pakistan Prime Minister Imran Khan hailed the Sunni Pashtun Islamists for breaking free from slavery, a clear allusion to the US-led military occupation of Afghanistan following 9/11. The Chinese, Russians, Iranians, and Turks also made peace overtures and provided assistance to the UN-designated Sunni terrorist organisation in what is euphemistically referred to as Afghanistan rebuilding.

While the democratic world has rightfully chastised the Joe Biden administration for leaving Afghanistan in the hands of terrorists and assassins, the future may not be so bright for dealmakers in Islamabad, Washington, and London. Even if the US's worldwide reputation has been harmed by the withdrawal from Afghanistan, Washington will need to compensate for this loss by taking action against emerging challenger China if it is to preserve its single global superpower status. Perhaps this was a foreshadowing of Vice President Kamala Harris's upcoming visit to Singapore.

With no military commitments remaining in the Afghan capital after August 31, the US and the EU would physically withdraw from Kabul, cutting off billions of euros in assistance and money that Pakistan has received for its two-faced participation in the war on terror in Afghanistan since 2001. While Joe Biden and Donald Trump represent opposite sides of the political spectrum, there is bipartisan agreement on Trump's January 1, 2018, tweet accusing Pakistan of deception and harbouring terrorists that US soldiers were chasing in Afghanistan at the time. 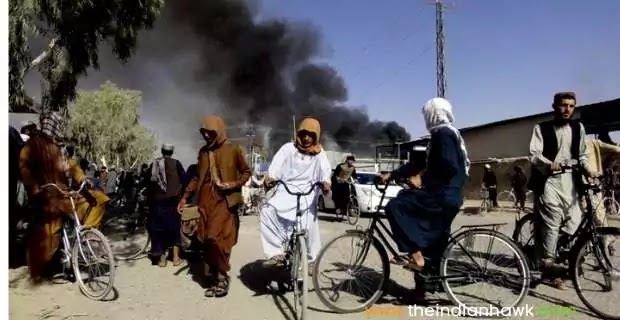 Pakistan would be living in a fool's paradise if it believes that the US, with its National Security Agency at its disposal, does not know where the whole Taliban senior leadership is headquartered in Pakistan, as well as their dealings with Pakistan Army and the ISI. After the Afghans go, neither the US nor the EU needs to finance Pakistan or give it preferential treatment when it comes to sustaining military logistical lines to Afghanistan. Since 2001, the United States has provided over USD 35 billion in aid to Pakistan, while the European Union has provided more funds to Islamabad than China has provided in loans.

Although the Biden administration may go politically dark over the Af-Pak region, American agencies will ensure the area is under floodlights and suppress any terror strike plotted by the Taliban, Al Qaeda, and their terror brothers based in Pakistan through spy satellites and communication intercepts. Counter-strikes against terror plotters in this highly radicalized region can be carried out with precise accuracy in an era of stand-off weaponry and missiles. The Taliban must not forget how their leader, Mullah Mansour Akhtar, was killed by a hellfire missile fired by a US predator drone within Pakistani territory in 2016. 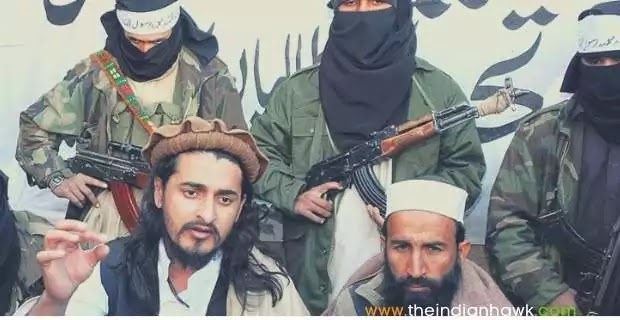 China, Russia, and Iran are ecstatic with the Taliban's ascendancy, almost cheering the Deobandi-Islamist group for forcing the US to flee Kabul on August 15. However, because they are all Kaffirs, the Sunni Islamist army, weaned on constant warfare, has no room for the Chinese Communists, Christian Russians, or Shia Iran. With top-of-the-line US armaments at their disposal, a powerful Taliban will not only reach out to their Uighur counterparts in Xinjiang but will also destabilize Iran and the Central Asian Republics that serve as a buffer to the Russian Federation.

With its Shia minority under attack, Pakistan will become more radicalized than ever, and the Taliban will exert pressure on border settlement since it does not recognize the Durand Line.

Following the fall of Kabul, the Chinese propaganda machine has joyously disseminated narratives in the media doubting America's commitment to ASEAN and Taiwan. The propaganda media has mocked all American friends in the Indo-Pacific by claiming that Washington, under Joe Biden, lacks the stomach for a fight against the PLA fleet in the South China Sea.

However, signs from Washington suggest otherwise, with the Biden administration concentrating on China. It is also possible that the Biden administration's retaliation against China will turn out to resemble Barack Obama's Asian pivot, which was never realized but was only discussed at seminars in Singapore. Except at this time, the US allies, notably those in QUAD, will only trust after verification.

The emergence of the Taliban would also destabilize the Indian subcontinent, notably Nepal, the Maldives, Bangladesh, and Sri Lanka, due to Islamic radicalization. While the Taliban may not be directly involved, their intellectual brothers and jihadist colleagues in Pakistan will seize this chance and new US weaponry to propagate political Islam throughout the area.

Clearly, blood will not wither on the battlefronts of Afghanistan and Pakistan for a long time.