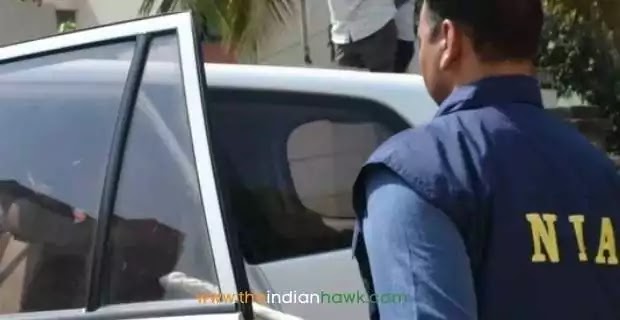 The authorities stated that the National InvestigationAgency (NIA) arrested a Lashker-e-Mustafa (LeM) terrorist on Saturday, while the agency conducted investigations on two terrorism-related cases in 15 locations in Jammu and Kashmir. The counter-terrorism investigation agency conducted searches in nine J&K locations related to the LeM case recorded in March this year, and conducted raids at six locations to recover 5 kilograms of improvised explosive devices from a Lashkar -e-Taiba terrorist.

In Jammu on June 27th. A spokesperson for the LeM CASEA-related attack said: “NIA, together with the  J&Kpolice and CRPF, conducted searches for LeM-related cases in nine locations in Shopian, Anantnag and Jammu. After the search, one was from Batingoo (Anantnag) The defendant Irfan Ahmed Dar was arrested.

The National Intelligence Agency stated that preliminary investigations revealed that Irfan Ahmed Dahl colluded with other arrested defendants and participated in a conspiracy to carry out terrorist activities. According to reports, he is providing logistical support and preparing weapons and ammunition for LeM terrorists. LeM worked under the behest of the Jaish-e-Mohammad (JeM) organization in Pakistan and announced in February that its members had been arrested and eliminated. Hidayatullah Malik, the fashion director from Jammu, and his assistant Nazir Ahmad. Both Hidayatullah Malik and Nazir Ahmad are residents of Shopian District.

The case was originally registered at the Gangyal Police Station in Jammu and is related to LeM’s conspiracy to carry out terrorist activities in J& K, with the intent to threaten the sovereignty, integrity and security of India. The National Intelligence Agency re-registered the case on March 2 and took over the investigation. The materials were found in the houses of the defendants and suspects arrested in the case. NIA raided 6 locations related to improvised explosive device recovery cases.

The agency also conducted searches in six other  J&Klocations to recover 5 kg of improvised explosive devices from there. A terrorist, Lashkar-e-Taiba, used a drone to drop two bombs on the Indian Air Force (IAF) base in Jammu in the Bathindi area of ​​Jammu on June 27. The agency said: “NIA is in the  J&Kpolice and CRPF searched 6 locations of defendants and suspects arrested in Shopian and Ramban districts of J& K.  An improvised explosive device was used to explode in Jammu.

The NIA re-registered the case on July 19 and took over the investigation,  the agency spokesperson said. According to the NIA, a search conducted on Saturday revealed many digital devices, including mobile phones, pen drives, and used devices. Bullet boxes, CDs, plastic masks used when stoning to death, memory cards, handwritten jihadist materials, memory cards. Aqsa and other guilty materials. Investigation of the case continues.