NSA in Trump Admin Michael Flynn Appears To Suggest Myanmar-Like Coup 'Should Happen' in US.."No reason, I mean, it should happen here. No reason. 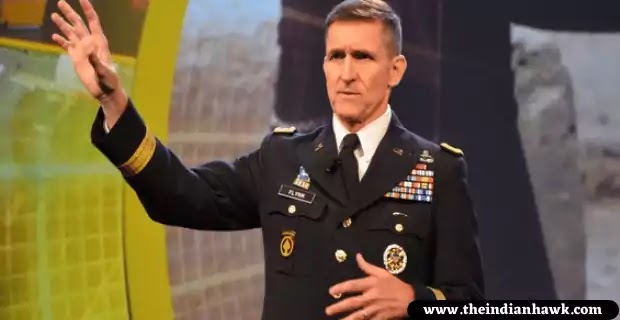 Washington DC: Michael Flynn, former national security adviser in the Trump administration, appeared to suggest that a Myanmar-style coup, in which the military overthrew a democratically elected government, "should happen" in the US.

Flynn made the remarks while speaking at the event, title "For God & and Country Patriot Roundup, in Dallas, Texas on Sunday, which was attended by many supporters of the QAnon conspiracy theory.

According to CNN, for months, QAnon and Trump-supporting online forums have celebrated the deadly military coup in Myanmar and suggested the same should happen in the United States so Donald Trump could be reinstated as President.

Someone from the audience asked Flynn, "I want to know why what happened in Myanmar can't happen here?"

"No reason, I mean, it should happen here. No reason. That's right," Flynn responded.

On February 1, the Myanmar military overthrew the civilian government and declared a year-long state of emergency. The coup triggered mass protests and was met by deadly violence.

As the military crackdown on anti-coup protesters in Myanmar continues, as many as 840 people have been killed in the country so far, including three people on Sunday, according to the Assistance Association of Political Prisoners (AAPP).

Speaking at the same event in Dallas, Flynn earlier in the weekend falsely claimed "Trump won. He won the popular vote, and he won the Electoral College vote," CNN reported.

It further reported that some QAnon followers are obsessed with the idea that the US military will somehow put Trump back into office. Some believed and hoped Trump would declare martial law on Inauguration Day to stop Joe Biden from entering the White House.