India, US Likely to Sign Pact on Geospatial Cooperation

India is now getting set to ink the fourth and final `foundational military pact’ called the Basic Exchange and Cooperation Agreement for Geo-Spatial. 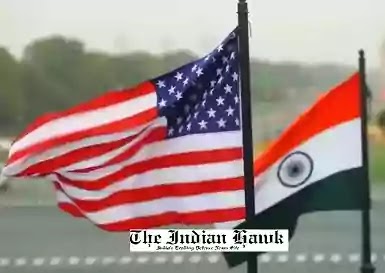 NEW DELHI: India is now getting set to ink the fourth and final `foundational military pact’ called the Basic Exchange and Cooperation Agreement for Geo-Spatial Cooperation (BECA) with the US to further tighten the strategic clinch between the two countries.

Officials on Monday said BECA, which will enable the US to share advanced satellite and topographical data for long-range navigation and missile-targeting with India, is “very likely” to be inked during the “two-plus-two” dialogue here. Defence minister Rajnath Singh and external affairs minister S Jaishankar will hold the dialogue with their US counterparts Mark Esper and Mike Pompeo on October 26-27.

India inked the General Security of Military Information Agreement (GSOMIA) with the US in 2002, which was followed by the Logistics Exchange Memorandum of Agreement (LEMOA) in 2016, and then the Communications, Compatibility and Security Arrangement (COMCASA) in 2018.

PLA soldier strays across LAC, to be handed back

Despite constant prodding from the US, the previous UPA regime had not agreed to ink LEMOA, COMCASA and BECA during its 10-year tenure on the ground that it would compromise India’s “strategic autonomy”. But the NDA government has pushed ahead with them, stressing that there are “enough India-specific safeguards” built into these pacts.

LEMOA provides for reciprocal logistics support like refueling and berthing facilities for each other's warships and aircraft, while the COMCASA has paved the way for India to get greater access to advanced military technologies with encrypted and secure communications and data links like armed Predator-B or Sea Guardian drones.

India, US expected to sign BECA deal during 2+2 dialogue this month-end

“With BECA, the two countries can work towards enhancing their geospatial cooperation,” said an official. The pact will enable India to eventually use its ballistic and cruise missiles, drones and other weapons, with much better accuracy. There are, however, some concerns about Indian inking BECA when it has its own considerable satellite imaging capabilities.

The decision to expedite BECA was taken during US President Donald Trump’s visit to India in February. The visit had also seen the inking of two deals worth $3 billion for 24 MH-60 `Romeo’ naval helicopters and six Apache attack choppers, which has taken the total value of lucrative Indian defence deals bagged by the US to over $21 billion just since 2007.