Four terrorists have been killed in two encounters in south Kashmir in the last two days. The police have launched a search and cordon operation. 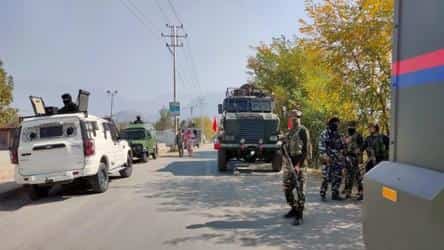 Two terrorists were killed in an encounter in Pulwama on Tuesday. The encounter between security forces and terrorists had started in the morning.
Search and cordon operation has been launched, the police said.
With this, four terrorists have been killed in two days in south Kashmir.
A gubattle started in Shopian district of south Kashmir on Monday which continued till Tuesday morning.
At least 20 killed in two militant attacks in Pakistan
One terrorist was killed in that encounter. The police recovered an AK rifle and a pistol from the scene of the gunbattle.
The security forces had launched a cordon and search operation at Melhura in Zainapora on Monday after getting information about presence of militants, the police said.
The search operation turned into an encounter after militants opened fire at security forces’ positions, they added.
The identity and group affiliation of the terrorist is being ascertained.
Source>>
#Defence #Jammu & Kashmir