Indian Army Could Get Carbines From Uae Soon, Deal in Final Stages of Confirmation

This is the first time Indian forces will use a weapon manufactured in UAE, which is one of the largest importers of defence equipment. 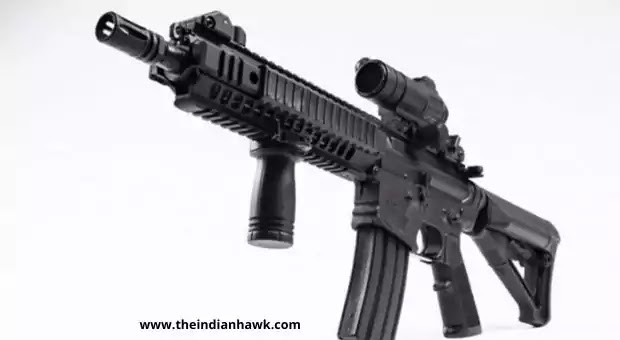 If all goes well, the Indian Army could finally get its hands on new close quarter battle (CQB) carbines, manufactured by a UAE firm, for immediate operational requirements. The proposal has been in the works since 2017.

The Defence Acquisition Council (DAC) could soon decide on the signing of the contract with the UAE firm, Caracal International, which finished as ‘L-1’ or the lowest bidder in September 2018 for a contract that was supposed to be fast tracked, defence sources said.

This is the first time that Indian forces will start using a weapon from the UAE, which itself is one of the largest importers of defence equipment.

When Caracal was shortlisted in 2018, it was seen as more of a diplomatic deal to keep UAE happy rather than a pure military decision.

The carbines will replace the outdated and ageing 9mm British Sterling 1A1 sub machine guns that are in service.


After years of attempts to replace them, the Army had in 2017 decided to opt for Fast Track Procurement (FTP) of 93,895 new carbines against an overall demand of 3.5 lakh such weapons.

The rest was supposed to be under the “Buy and Make” category. The Indian private small arms industry has already come out with carbines of its own or started manufacturing them domestically with transfer of technology from abroad.


Past issues with contract

The contract for the Caracal’s CAR 816 had run into rough weather over a number of issues including costs and complaints from other bidders.

The delay in the FTP process can be judged from the fact that the delivery of 72,400 American SiG 716 G2 battle rifles, selected as the same time as Caracal in 2018, has been completed and the Indian Army is moving ahead with order for another 72,000 such rifles to arm its frontline troops.

The CQB Carbines, with short barrel, are meant for operations in urban settings and room interventions, especially in counter terrorism operations like in Jammu and Kashmir.


The carbines are also meant for the tank crews or those operating in confined spaces.

Also read: INS Vikramaditya: Everything you Need to Know about warship

Efforts to acquire the CQB carbines since 2008 have not materialised as the carbines of state-owned DRDO and OFB had failed to meet Army requirements.

However, only IWI qualified as the other contenders could not meet the qualitative requirements pertaining to night vision mounting system, sources said.

But the Ministry of Defence did not procure the carbines form IWI saying it had become a single vendor case, which is not allowed as per procurement manual.

In 2017, a global Request for Information (RFI) was issued for the purchase of 2 lakh carbines while a separate process was rolled out to procure 93,895 under FTP.

It is estimated that the overall demand would be over 5 lakh if one takes into account the armed forces, the central armed police forces and the state police forces.

The request for proposal (RFP) was expected within a year of issuing RFI, which is still awaited.