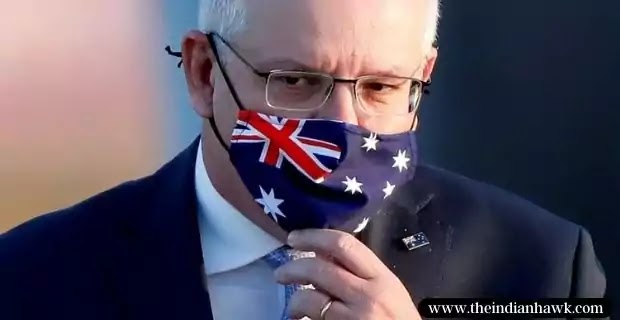 The World Trade Organization should penalize “bad behaviour when it occurs,” Australia's prime minister said Wednesday ahead of a Group of Seven leaders meeting in Britain where he hopes to garner support in a trade dispute with China.

Prime Minister Scott Morrison said Australia would be “working with others to buttress the role of the World Trade Organization and to modernise its rulebook where necessary.”

“In my discussions with many leaders, I've taken great encouragement from the support shown for Australia's preparedness to withstand economic coercion in recent times,” Morrison said in a speech delivered in the Australian west coast city of Perth before leaving for the G7 meeting in Cornwall.

The Australian government announced in December it would ask the WTO to intervene in its dispute with China over barley and expects other nations to become involved in the case.

China effectively ended imports of Australian barley in May 2020 by putting tariffs of more than 80 per cent on the crop, accusing Australia of breaching WTO rules by subsidizing barley production and selling the grain in China at below production cost. Trade-in Australian seafood, wood, beef, wine and coal has also been disrupted since Australia angered China by requesting an independent inquiry into the origins of the coronavirus pandemic.

The Geneva-based WTO, which makes rules governing international trade, is facing calls for restructuring and reform as it struggles to forge a long-awaited world trade pact.

“A well-functioning WTO that sets clear rules arbitrates disputes objectively and efficiently penalizes bad behaviour when it occurs. This can be one of the most powerful tools the international community has to counter economic coercion,” Morrison said.

US Secretary of State Antony Blinken said last month the United States will not leave Australia alone to face coercion from China and that such behaviour toward US allies will hamper improvement in relations between Washington and Beijing.