Irfan Raja: As long as the growth of inequality and injustice is unchecked, the chance of a complete breakdown becomes more likely in Pakistan. 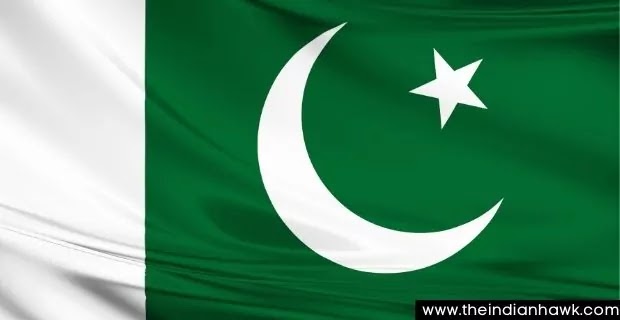 ISLAMABAD [PAKISTAN]: There are actualities that could possibly lead Pakistan into a civil war.

Previously, Pakistan has experienced the consequences of a civil war that resulted in the foundation of Bangladesh.

Irfan Raja in an opinion piece in Asia Times has said that as long as the growth of inequality and injustice is unchecked, the chance of a complete breakdown becomes more likely in Pakistan.

Though bad governance, corruption and poverty are certainly factors that can stir hatred and violence in any society, inequality and injustice are the main components that drive a society into civil war. But there are many other factors that can lead Pakistan into a second civil war.

First is the functioning of a feudal society that restricts equality and limits ordinary people's progress in education and intellectual growth.

Second is the uninterrupted furtherance of a colonial legacy in Pakistan that empowers the bureaucracy and establishment to the extent that civil servants have become feudal lords in uniforms.

Seventy-three years since independence, Pakistan is still failing its purpose of existence. It's not an Islamic welfare state nor a democracy or liberal state.

Instead, it has become an "intolerant society." The moment people question the policymakers, they are labeled foreign agents, traitors, or disloyal.

The ability to challenge or think comes with education, and at this moment education is not a priority in Pakistan.

Writer and journalist Tariq Ali has explained how colonial masters appointed elites who shaped an education system that serves their interests and produce deaf and blind people, not thinkers.

Ali believed that the Pakistani state has "failed to forge a national identity" while its leaders are unable and unwilling to "address the country's poverty and inequality", while the military has a role in "the country's spiral toward violence and disunity."

So, what really causes civil war? Experts offer various reasons that could potentially "fuel a civil war." For example, a World Bank report suggests that "it is due to economic inequalities or to a deep-rooted legacy of colonialism."

Once a civil war starts, it is "difficult to end", wrote Raja.

Many experts have warned several nations against sleepwalking into civil war.

Pakistan has failed to address many injustices. Many civilians have died in custody of Pakistan's security institutions, particularly in troublesome areas of Balochistan, Sindh, Punjab and Khyber Pakhtunkhwa. Amnesty International has revealed shocking data on "torture and death in police custody" in Pakistan, reported Asia Times.

Pervez Musharraf is a case in point. The man whose policies gave rise to terrorism in Pakistan, for instance the attack on the Red Mosque (Lal Masjid) and killing of Baloch tribal chief Nawab Akbar Bugti that "sparked fury and fears of war," is enjoying a luxurious life abroad, said Raja.

Since the death of Bugti, Balochistan is burning and ordinary people are paying the price.

Meanwhile, people like Majeed Achakzai, a former Balochistan provincial lawmaker, was cleared of all charges in a hit-and-run case that killed a poor traffic warden on duty; Rangers personnel "get presidential pardon over youth's killing"; and the list goes on of apparent miscarriage of justice, reported Asia Times.

This is surely a failure of a judicial system that hardly ever protects the weak but always stands up to defend the strong.