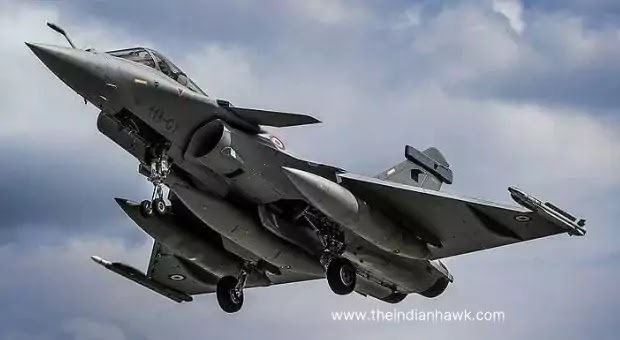 From 26 to 29 April, the Directorate General of Armament (DGA) conducted the first F4-1 Rafale test campaign.

The F4 standard will include helmet viewfinder capacity, the MICA-NG and the 1,000 kg AASM bomb.

The campaign consisted of eight complex missions representing 50 aircraft sorties and was carried out by crews from the DGA, French Navy, French Air Force and Dassault Aviation.

They allowed two Rafale to be inserted into the current development state of the F4-1 standard in a large-scale aerial system, with up to eight aircraft in combat zones for tactical phases and in-flight refuelling slots.

The Rafale F4-1 was tested in a realistic technical-operational framework. The crews, equipped with SCORPION helmet sights, were able to implement the new collaborative combat features.

Other contributions include; the daily provision of the Mediterranean training area by the Navy and important means of DGA Flight Tests including, specific air control testing, listening rooms and trajectography systems.

Contributors from Dassault Aviation, Thales and MBDA were present to monitor the completion of flight tests in real-time.