The US has followed the border conflict closely and condemned China’s aggression in strong. . . 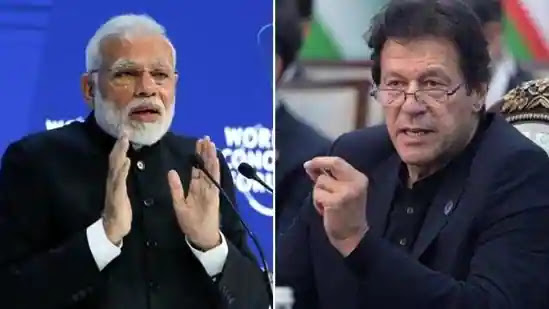 The US has followed the border conflict closely and condemned China’s aggression in strong terms. It has also expedited certain military supplies requisitioned by India.

India-China border tensions “remain high” despite pullbacks of forces and although a war between India and Pakistan is “unlikely”, crises between them will become “more intense, risking an escalatory cycle”, the US intelligence community said on Tuesday in its annual assessment of threats around the world.

It added that under the leadership of Prime Minister Narendra Modi, India was “more likely than in the past to respond with military force to perceived or real Pakistani provocations, and heightened tensions raise the risk of conflict between the two nuclear-armed neighbours, with violent unrest in Kashmir or a militant attack in India being potential flashpoints”.

For the US, the intelligence community saw China as “a near-peer competitor, challenging the US in multiple arenas”; Russia as “pushing back against Washington where it can globally, employing techniques up to and including the use of force”; Iran was described as a “regional menace” with broader malign influence activities, and North Korea as a “disruptive player on the regional and world stages”.

The report — released by the Office of the Director of National Intelligence — said China was seeking to use “coordinated, whole-of-government tools to demonstrate its growing strength and compel regional neighbours to acquiesce to Beijing’s preferences”, including its claims over disputed territory and assertions of sovereignty over Taiwan. India-China border “tensions remain high, despite some force pullbacks this year”, the report said, adding: “China’s occupation since May 2020 of contested border areas is the most serious escalation in decades and led to the first lethal border clash between the two countries since 1975.”

As of mid-February, “after multiple rounds of talks, both sides were pulling back forces and equipment from some sites along the disputed border”, the report added on the India-China conflict.

The US has followed the border conflict closely and condemned China’s aggression in strong terms. It has also expedited certain military supplies requisitioned by India.

About others in India’s neighbourhood, the report said that the Myanmar military’s February seizure of power, detention of state counsellor Aung San Suu Kyi, and declaration of a one-year state of emergency “marked a break in that country’s democratic transition and ushered in new societal instability and widespread popular protests”.

For Afghanistan, which has become America’s longest war, the report said: “We assess that prospects for a peace deal will remain low during the next year. The Taliban is likely to make gains on the battlefield, and the Afghan Government will struggle to hold the Taliban at bay if the coalition withdraws support”.