First Joint Commands To Be Launched by May | Indian Defence News

India gets ready to roll out long-awaited theaterisation plan with Air Defence and Maritime commands. 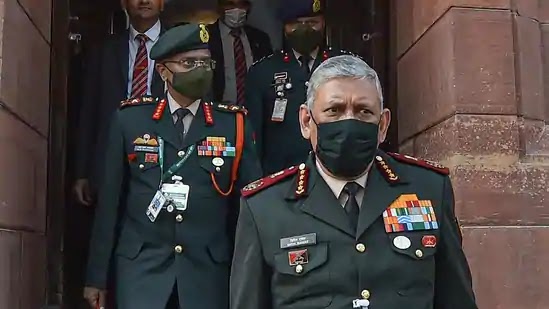 India is set to begin a formal roll-out of its long-awaited theaterisation plan to best utilise its military’s resources amid growing security threats, with the Air Defence Command and the Maritime Theatre Command set to be launched by May, people familiar with the developments said on Tuesday.

The commands are being set up in the backdrop of border tensions with China on the Line of Actual Control (LAC) in eastern Ladakh and Pakistani hostility along the Line of Control (LoC) in Jammu & Kashmir, with a joint threat from the two nuclear-armed neighbours being acknowledged as a reality by the country’s military leadership, and at a time when India is demonstrating a muscular stance in the Indo-Pacific region.

“The final validation exercises to set up the two commands are in full swing. Aspects related to executing authority, command and control structures and budgeting are being fine-tuned,” said a senior official, one of the people cited above, who asked not to be named.

The Air Defence Command, which will come up in Prayagraj (Allahabad), will be the first to be set up in April. It will control the air defence resources of all the three services, and will be tasked with protecting military assets from airborne enemies. Its commander-in-chief will be a top three-star Indian Air Force officer. The Maritime Theatre Command, to be headquartered in Karwar on the west coast, will come up the following month and be responsible for securing India from seaborne threats and will have army and air force elements under it. Its commander-in-chief will be a top three-star Indian Navy officer.

Theaterisation refers to placing specific units of the army, the navy and the air force under a theatre commander. Such commands are led by an officer from any of the three services, depending on the roles assigned to them.

“The Air Defence Command will be rolled out first, in April. The Maritime Theatre Command will follow a month later. The commanders-in-chief of the commands will report to the chief of defence staff (CDS) in his role as permanent chairman of the chiefs of staff committee (COSC),” said a second official, also speaking on the condition of anonymity.

Read more: Why Arjun Mark-1A Main Battle Tank Is Such A deadly threat?

India’s CDS General Bipin Rawat wears three hats — he is the permanent chairman of COSC, heads the department of military affairs (DMA), and is the single-point military adviser to the defence minister.

The government expects Rawat, who took charge as India’s first CDS on January 1, 2020, to bring about jointness among the three services in a three-year time frame (by January 2023). One of the means to achieve jointness is the setting up of integrated theatre commands for the best use of military resources to fight future battles.

Apart from the Air Defence and Maritime Theatre Commands, India is expected to have three other integrated commands to secure its western, northern and eastern fronts — these will be rolled out by December 2022, and several studies are currently on to finalise the structures of these commands. In addition, a logistics command is in the works to avoid duplication of efforts and resources. The CDS’s mandate includes bringing about jointness in operations, logistics, transport, training, support services and repairs and maintenance of the three services.

The long-overdue integrated theatres will transform the Indian military from a military force to a military power, contributing to India’s stature as a global leader, said Lieutenant General Vinod Bhatia (retd), who was heading the Centre for Joint Warfare Studies (CENJOWS) until last month and has worked extensively on aspects related to jointness. “On account of China’s aggressive behaviour along the LAC and the Covid-19 pandemic, the armed forces will be tasked, asked and expected to do more with less (resources). Hence, it is imperative that the armed forces roll out the integrated theatre commands fast,” said Bhatia, also a former director general of military operations.

The Air Defence Command will bring about the much-needed synergy between air assets of the three services, with their optimal application providing seamless air defence cover, which will be critical to counter the Chinese threat, experts said.

“While the aerospace domain is critical for deterrence, the maritime theatre too needs integration at the earliest as our locational/geographical advantages can deter China’s aggressiveness (in the Indian Ocean region). Synergy in application of combat power is essential in new age warfare, which is multi domain and waged in many key battle spaces simultaneously,” said Bhatia. India has finally demonstrated politico-military will to address the much-needed theaterisation, he said.

The operational control of all the theatre commands will eventually come under CDS, with the service chiefs being responsible for raising, training and sustaining their forces.

“CDS will have operational control over all the integrated commands when they are fully functional. This will be in his role as CDS, and not as permanent chairman, COSC. And whenever that happens, some restructuring will have to be carried out in DMA,” said the first official.

The restructuring, he said, could involve the chief of integrated defence staff to COSC, or CISC, being appointed as the secretary of DMA in due course to allow CDS to focus on the theatre commands. CISC is a three-star officer and the number 2 man in DMA. DMA is one of the five verticals in the defence ministry, apart from the departments of defence, defence production, defence research and development and ex-service welfare.

“The armed forces will also have to ensure that the transformation also factors in transition management, as we have to be present-relevant and effective as also future ready,” Bhatia said.

The Indian military is pushing ahead with theaterisation at a time when the country faces a collusive threat from China and Pakistan. The threat isn’t just something that is a part of some strategic paper or loud thought process, but it manifests itself on the ground, army chief General Manoj Mukund Naravane said on January 12.