The Central Bureau of Investigation on Friday raided the Bangalore offices of Amnesty International India. 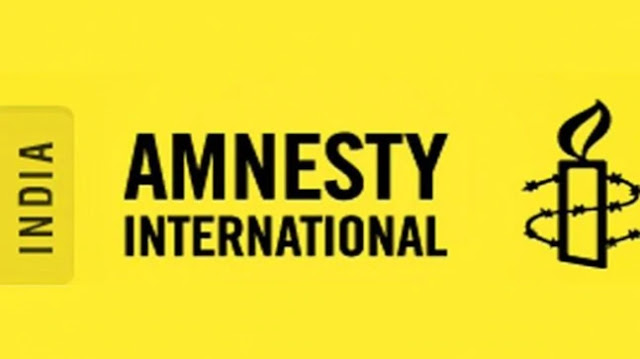 The human rights organisation is being probed by the central agency over alleged violation of the Foreign Contribution Regulation Act (FCRA).
The Enforcement Directorate (ED) said on Tuesday it has attached movable properties worth ₹17.66 crore of human rights organisation Amnesty International India and as trust connected with it in connection with an alleged violation of the Foreign Contribution Regulation Act (FCRA). In a statement, the central agency said that the total attachments in the case stand at ₹19.54 crore.
“Directorate of Enforcement (ED) issued a Provisional Attachment Order under Prevention of Money Laundering Act, 2002 (PMLA) attaching bank accounts of M/s Amnesty International India Pvt. Ltd. (AIIPL) and M/s Indians for Amnesty International Trust (IAIT) as both the entities have acquired the proceeds of crime and layered the same in the form of various movable properties. The said Provisional Attachment Order involves attachment of movable properties worth ₹17.66 crores being proceeds of crime,” ED said in an official statement on Tuesday.
“It is prima facie found that M/s Amnesty International India Pvt Ltd. and others have obtained foreign remittances to the tune of Rs. 51.72 Crores in the guise Export of services and Foreign Direct Investments from M/s. Amnesty International (UK) whose source is the donations from the individual donors,” the statement further noted.
Amnesty International India, which has been under investigation since October 2018, had on September 29, 2020, shut its operations in the country alleging ‘continuous harassment’ by government agencies. In October 2018, ED had raided the NGO’s head office in Bengaluru and frozen its accounts due to which it had to let go of some staff at the time.
In early 2019, Amnesty International’s India chapter received a notice from the income tax (IT) department, seeking ‘clarifications.’ Then, in November that year, the Central Bureau of Investigation (CBI) also filed a case against it, accusing it of receiving ₹36 crore in funding without mandatory permission required under FCRA and raided its offices.
Source>>
#Amnesty International India #Enforcement Department #India