In boost to Atmanirbhar Bharat, security forces to get India-made Israeli assault rifles

In a boost to the ‘Atmanirbhar Bharat’ initiative, India-made Israeli Tavor X 95 rifles are now being supplied to central forces 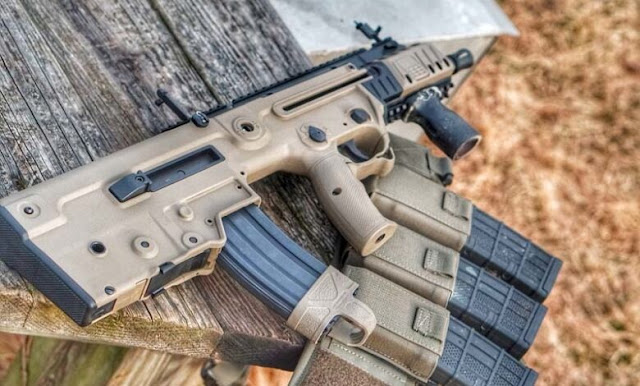 In a boost to the ‘Atmanirbhar Bharat’ initiative, India-made Israeli Tavor X 95 rifles are now being supplied to central forces and various state police teams, ThePrint has learnt.

Until now, special forces and others using these assault rifles used to import them from the Israel Weapons Industry (IWI), a former Israeli government firm that was privatised in 2005.

The Indian Army has also issued a fresh Request for Information (RFI) to fast-track procurement (FTP) of 93,895 carbines, after the last process, under which UAE firm Caracal was shortlisted, was scrapped.

The Army has issued RFI to all major foreign small arms manufacturers, including Caracal, Colt, SiG Sauer, Beretta and Kalashnikov. But the significant change in FTP this time is that the RFI has also been sent to multiple Indian firms like the Ordinance Factory Board, Reliance Defence, SSS Defence, Bharat Forge of the Kalyani Group and the Adani-PLR Systems, besides others.

“Under the FTP process, it is usually ‘Buy Global’ category, as the forces buy a global product off the shelf which is then supplied to, in a specific short period. But this time, Indian firms will be participating in the FTP process for carbines,” said a source in the defence and security establishment.

The front runner is likely to be the Adani-PLR Systems, which is fielding the Israeli Galil Ace 21 carbine that is now manufactured in India.

The Ace 21 was chosen by the Army in an earlier attempt (2013-14) to buy carbines, but the deal could not go through because of single vendor situation, a development which is not allowed under the Indian defence procurement rules.