China used “unorthodox weapons” and amassed a large number of troops along the Line of Actual Control (LAC) in eastern Ladakh and escalated. 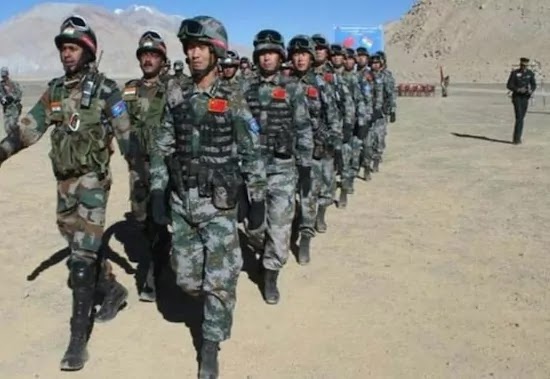 China used “unorthodox weapons” and amassed a large number of troops along the Line of Actual Control (LAC) in eastern Ladakh and escalated the situation, the Defence Ministry has said in its year-end review of 2020.

This is the first time that the Defence Ministry has officially mentioned the use of such weapons by China during the eight-month military standoff that began in early May.

The Ministry had mentioned China’s “unilateral aggression” in its June monthly report; however, that report, and all other monthly reports, were taken off its website later.

The year-end report said the “Indian Army with assistance from IAF, mobilized troops including accretionary forces in a very short duration including heavy equipment like guns, tanks as also ammunition, rations, and clothing”.

It said the Army “resolutely countered adversaries” on the LAC and the Line of Control (LC) with Pakistan and “carried out relentless Counter Insurgency (CI)/Counter-Terrorist (CT) operations”.

On the clashes in Galwan Valley on June 15, the review said that “defending the territorial integrity of India in Galvan Valley has been the most shining example of the valour of our forces this year in which 20 brave India soldiers made the supreme sacrifice”.

“Later on 28-29 August 2020, own troops in a precautionary deployment, pre-empted Chinese expansionist designs and occupied heights along southern bank of Pangong Tso,” the document stated.

The peaks occupied during these operations have given the Indian forces a dominating position in the Chushul sub-sector.

“India categorically conveyed to China that any attempt to unilaterally alter the status quo at the border is unacceptable and that India is determined to protect its sovereignty and territorial integrity,” the review said.

Senior military commanders from the two sides have met eight times looking for a resolution to the standoff.

China has been asking Indian forces to step back from the Chushul sub-sector first, while India has been demanding status quo ante, for forces from frontline and depth areas across the region to go back to their positions as of April 2020. A date for the next round of talks is awaited.