In a Complex, Changing World, Countering China Is a Multifaceted Problem for India: An Opinion 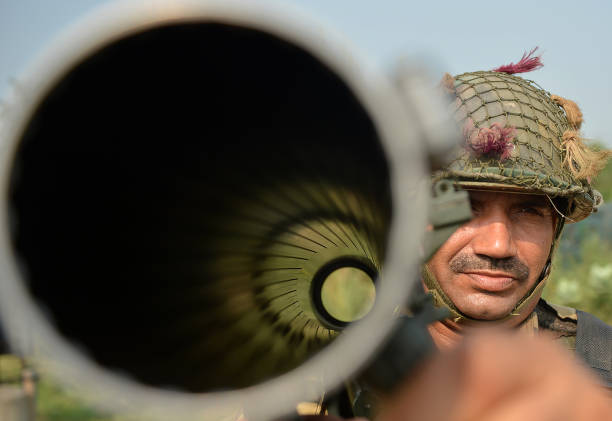 An expansionist, economically and militarily strong China looms large over India’s north-eastern border, its Indian Ocean neighbourhood, and its ties with the US and Russia. If India wants to counter Chinese imperialism, it must face squarely the complexity of the security threat posed by China.

Last June’s clashes in the Galwan valley highlighted China’s aggressiveness on their frontier. Apparently neither country wants war. But diplomatic dialogue is problematic because China has claimed sovereignty over Galwan. That makes it hard to deal with the Galwan issue as a conflict that can be resolved through diplomatic bargaining.

Since becoming Prime Minister in 2014, Narendra Modi has held 18 meetings – plus a virtual meeting at November’s Brics summit – with President Xi Jinping. But personal summitry lacking strong economic and military ballast fails to deliver political and economic gain or add up to a well-crafted strategy for dealing with China.

Diplomatic leverage reflects realities on the ground. In India’s friendly neighbourhood, China has extended its influence and established itself as the top investor – especially in badly needed infrastructure – in Sri Lanka, Bangladesh and Nepal.

It is also the top arms supplier to Sri Lanka and Bangladesh. They are aware of the dangers of relying on an assertive China, but an economically weaker India has yet to present itself as an economic or political counterpoise that they could bank on. Each country judges issues in accordance with its own interests. To mend fences with friendly neighbours India could offer them more investment and improve its record of implementing projects.

China’s expansion in the Indian Ocean and India’s absence from any regional Asian economic organisation reduce the latter’s influence in Asia. With India now concentrating defence spending on its land frontiers, will it be able to fork out more to expand its naval strength in the Indian Ocean as China enlarges its presence there?

While hoping for a bilateral resolution of the border dispute some democracies support India against China. Appalled at the global health and socio-economic consequences that have followed on from Beijing’s mishandling of the corona outbreak in Wuhan city and the territorial aggrandisement implicit in its ‘wolf warrior’ diplomacy, Germany, France, Britain and Australia are trying to expand their influence in the Indo-Pacific.

But these countries lack the wherewithal to counter China economically and militarily singlehanded. Only the American superpower can do that.

So India must find its way through the complex rivalry between its two friends, Russia and the US. Russia supplies military gear to more than 70% of India’s armed forces. That has always been noted by Washington as it has mulled over the intertwined problems of selling sophisticated weapons to India and strengthening its tie with New Delhi. Additionally, New Delhi must contend with the troubling prospect of the US imposing sanctions on India for buying Russian arms.

On another plane, the Russian tie is a double-edged sword. Russia will not put its weight behind India in the Sino-Indian border dispute, partly because its greater interest is to challenge America’s global primacy with its comprehensive strategic partner China.

It opposes India’s support for Washington’s concept of the Indo-Pacific and its membership of the Quad. Generally, Russia’s silence on China’s hawkishness in the Indo-Pacific works against India’s interests.

Significantly post-Soviet Russia, like its partner China, is also an expansionist power. Invoking its own version of Russian history and Russian ethno-nationalism, it invaded neighbouring Georgia (2008) and Ukraine (2014), severed and annexed parts of their territories. India maintained a diplomatic silence on those occasions.

Russia and China jointly produce weapons for land, aerial and naval use. They see their tie standing at the apex of history and as an enduring strategic partnership. This includes trade. China buys 14% of Russia’s exports, India a mere 1.7%. China supplies Russia with 22% of its imports, India with 1.6%.

Arms sales to India keep Russia’s defence industry well-oiled, but the chances of India wooing Russia by highlighting their shared interest in a multipolar world are slim. Given the hostility between the US and Russia, how India will balance and get the most out of amicable relationships with both remains uncertain.

Last September India made a significant and wise move by allowing, for the first time, the long-range American anti-submarine maritime patrol aircraft, P-8 Poseidon, to carry out its maiden refuelling from India’s strategic base in the Andaman and Nicobar Islands. The refuelling was carried out under the Logistics Exchange Memorandum of Agreement signed between India and the US in 2016.

Meanwhile, a series of defence agreements have prepared the ground for a possible strengthening of military ties. Even without a formal alliance, the US could help enhance India’s intelligence and strategic assessment capacity, strengthen its maritime security through joint planning and patrols, and hold more frequent military drills with it.

Every country seeks to maximise its political and economic options. China’s intrusions into Indian turf, its growing clout in India’s neigbourhood, the anti-Americanism of China and Russia, the mutual strategic understanding between Russia and China, all challenge India to define its interests and defend its place in the world as it walks the US-Russia-China tightrope. Last but not least, good governance and economic development are essential for India to make the economic progress that will empower it to face the enduring challenge from China. India must rise to the occasion.

The writer is a Founding Professor of the Centre for Peace and Conflict Resolution, New Delhi