AAI Seeks 2.5 Acres in Pune; Airports and Airlines Prepare to Be Hubs for Distribution

The Airports Authority of India (AAI) is close to finalising an arrangement with the Indian Air Force to receive 2.5 acres of land for transportation. 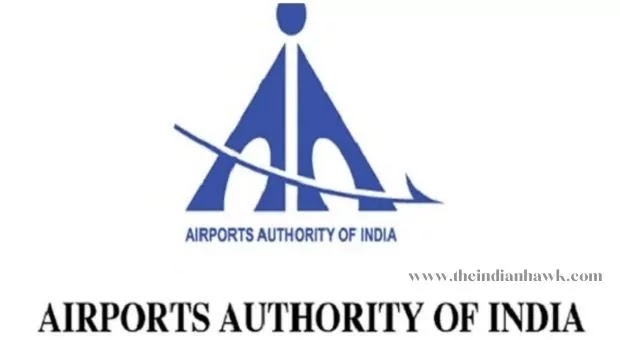 The Airports Authority of India (AAI) is close to finalising an arrangement with the Indian Air Force to receive 2.5 acres of land adjacent to Pune airport, to be utilised for the transport of vaccines from the facilities of vaccine manufacturer Serum Institute of India nearby.
“The transfer of the land, which is currently owned by the IAF, to Pune airport has been a longstanding demand of the AAI. They have asked for a land exchange, and AAI has finalised the plan for this,” a senior government official said.
“The airport management is also constantly in discussions with Serum Institute to understand the requirements, because a significant amount of freight is expected to go out from Pune,” the official said.
Pune-based Serum, the world’s largest maker of vaccines by number of doses, has been licensed by Oxford-AstraZeneca to test, manufacture, and distribute its vaccine against the novel coronavirus in India.
As the country moves closer to rolling out its Covid-19 vaccination programme, airports and logistics players are working to ensure it happens seamlessly — by expanding cold chain facilities and setting up computerised trucking slots for more efficient redistribution from airports. Officials said they believed vaccination could begin next month.
While Pune will be one of the hubs for the distribution of domestically-manufactured vaccines, the bulk of the vaccine consignment will be imported through major international airports including Delhi, Mumbai, and Hyderabad.
Delhi, the country’s largest aiport, has launched “Project Sanjivani” to equip cargo terminals with special cooling chambers. The airport has the capacity to handle 54 lakh vials of the vaccine a day with two complete rotations.
“The temperature-controlled cargo facilities have the capacity to handle over 1.5 lakh tonnes of cargo per annum. These facilities have state-of-the-art temperature-controlled zones with separate cool chambers ranging from 25 degrees C to minus 20 degrees C,” a Delhi airport spokesperson said.
At the airport’s cargo terminals, dedicated gates have been assigned for fast movement of vehicles into and out of the airport. The airport has also put in place a truck slot management system at its cargo terminals, and cargo operators can pre-book the arrival of trucks at the terminal.
On the air side, the airport has been equipped with “cool dollies”, which are container systems used in air cargo for temperature-sensitive goods. They are primarily used to transport goods from the aircraft to the cargo terminal.
Preparations at Indian airports are in line with those that have been made at global air transport hubs such as the airports at Singapore, Dubai, Doha, and Shenzhen, some of which have already started receiving vaccine shipments.
Turkish ground handling company Çelebi, which operates a cargo terminal at Delhi airport, has created a separate lane for movement of vaccine shipments at the export-import warehouse, and dedicated delivery and acceptance gates for immediate handling. “Customers, both airlines and freight forwarders, are being sensitised to send us their pre-alerts and planning, to enable us to plan and expedite movements accordingly,” Murali Ramachandran, CEO-India, Çelebi Aviation, told The Indian Express.
Airport and cargo operators are also making preparations for ad hoc freight arrivals.
“Çelebi is working closely with existing airline operators to understand their specific requirements, and attracting a large number of non-scheduled operators to bring in ad hoc freighters with Covid-19 vaccine in the near future,” Ramachandran said.
A spokesperson for Mumbai’s Chhatrapati Shivaji Maharaj International Airport said the airport will offer flexible slot management for ad hoc charter operations. Mumbai is the country’s largest airport gateway for pharmaceutical export-import movement.
“The existing infrastructure at CSMIA enables the airport to offer a continuous temperature controlled movement and processing of pharma goods through the airport — an element that would be vital for the storage and transportation of the Covid-19 vaccine,” the spokesperson said.
Cold chain infrastructure is being upgraded at smaller airports too. “If the vaccines are coming from abroad, they’ll mainly come to international airports from where they will be redistributed to other smaller places, state capitals, etc. Whatever cold chain infrastructure is there, we are upgrading it,” AAI chairman Arvind Singh said.
Hyderabad airport will be key for the distribution of the Russian Sputnik V vaccine, which is being produced in India by Hyderabad-based Dr Reddy’s Laboratories. This airport too processes a large volume of India’s pharmaceutical cargo given its proximity to several manufacturing facilities. The airport has a dedicated Pharma Zone with temperature-controlled facilities for cargo that requires temperatures from minus 20 degrees Celsius to 25 degrees Celsius.
The airport has also ensured that ramp exposure time of the cargo is minimised, with the freighter parking stands located just 50 metres away from the terminal.
Airlines — both global and Indian — are also gearing up to transport the vaccines. SpiceJet has tied up with Hyderabad airport and logistics companies Om Logistics and Snowman Logistics, for end-to-end transportation of vaccines. Globally, cargo units of airlines including Singapore Airlines and Emirates have already begun transporting Covid-19 vaccines. On December 20, Singapore Airlines delivered the first shipment of the Pfizer-BioNTech vaccine to Singapore on board one of its Boeing 747-400 freighters.
Stakeholders have, however, flagged some potential issues that will need to be resolved before the vaccination drive in India begins. Çelebi’s Ramachandran, for example, pointed to the need for uniform government guidelines on the vaccine; immediate green-channel export-import Customs clearances for vaccines; and permissions to land at short notice for ad hoc freighter operators.
source
#Airport Authority of India #IAF #India