The next round of military talks are on the anvil, but are yet to be scheduled and it is significant that the Indian side does not seem in a hurry. 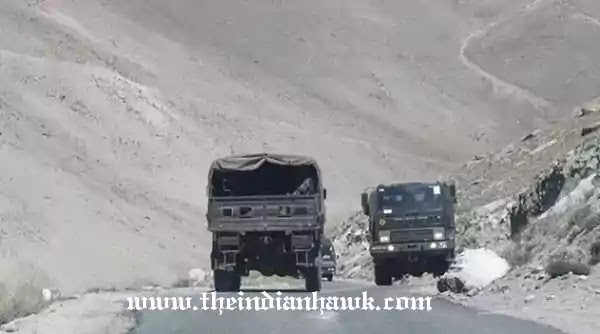 With no sign of any de-escalation along the Line of Actual Control in Ladakh, the current on-ground positions of Indian and Chinese troops look likely to congeal into a "new normal" through the fast-approaching winter and perhaps even well beyond.

The next round of military talks are on the anvil, but are yet to be scheduled and it is significant that the Indian side does not seem in a hurry to set the date. As movement in and out of areas like Pangong Tso will become highly restricted by mid to late November, the clock is ticking fast on any realignment of troops.

Sources said the ground situation, where Chinese troops are on the spurs in the Finger 4-8 area and Indian forces are on the southern heights along the lake and have also re-positioned themselves on the northern bank, is likely to remain the de facto position in the foreseeable future in the absence of a political breakthrough.

Also Read | Government will do all to equip frontline troops: Rajnath Singh

Though India seeks a complete withdrawal of Chinese troops from Pangong Tso as well as other areas along the LAC, the advantage it wrested in late August by taking control of strategic heights on the southern bank serves to checkmate the People's Liberation Army and provides a vantage point to the narrow valley.

Those familiar with developments said it was hard to estimate how long the new positions would be held, pointing out that India has been in Siachen since the mid-1980s. As things stand, India finds the PLA presence in the Finger area unacceptable since it used to regularly patrol the patch. On its part, China finds India's new alignment achieved on August 29-30 violative of the status quo as existed prior to May.

While experts and commentators have spoken of a new normal in terms of ground positions as well as in India-China ties, government sources are of the view that the re-alignments may not be temporary. India does not intend more pro-active steps, having surprised PLA on the south bank of Pangong Tso and the Chinese have not challenged Indian positions since early September.

It is felt that the Chinese leadership might find it difficult to step back in the midst of developments such as the Quad convergence and US's persistent criticism of the communist party's military moves. Any disengagement may run the risk of being seen as a loss of face at a time when China's post-Covid economic recovery is being touted as having provided it a new resilience.

Sources said the first winter on the heights of Pangong, and in Gogra Hotsprings, Galwan and Depsang where also Indian and Chinese soldiers are in close proximity, will be a challenge but one the Indian Army is ready for. The forces are fully arrayed given the utter lack of progress in talks.

It is felt the recent 2+2 talks with the US only strengthened the Indian argument that China's aggression along the LAC was part of its "global bad behaviour" and the sharp reaction in Beijing perhaps reflects its discomfiture.