Army to get upgraded communication network for forward areas

The Defence Ministry said the Indian project, once completed, will provide “better survivability, responsiveness and high bandwidth in any operation. 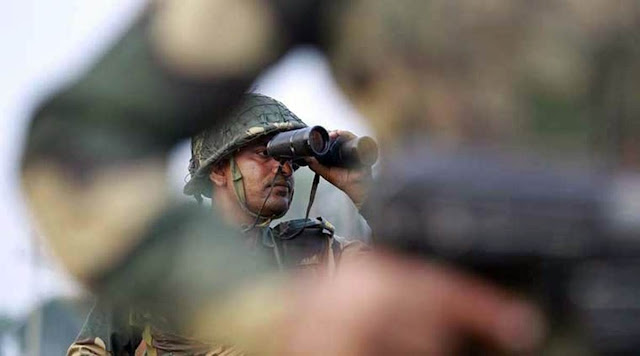 Amid the stand-off with China in eastern Ladakh, the government has moved to upgrade the Army’s communication network at a cost of Rs 7,796.39 crore. The Defence Ministry Thursday said it has signed an agreement with state-run ITI for this upgradation project that will involve the use of optical fibre cable, satellite and microwave radio for communications in forward areas.

The project has an implementation schedule of 36 months.

It will “augment the communication network of Indian Army in the sensitive forward operational areas which in turn will provide a major boost to the operational preparedness of the Indian Army especially keeping in view the current operational situation at LAC,” the ministry said in a statement.

This comes as China lays optical fibre cables in the Pangong Tso region, close to its current positions near Finger 4 on the lake’s north bank.

The Defence Ministry said the Indian project, once completed, will provide “better survivability, responsiveness and high bandwidth in any operational scenario and enhance the communication coverage of network” close to the international border, the Line of Control, and the Line of Actual Control.

“The network will extend the high bandwidth communication to the remote operational areas in Central and Eastern Sectors and enhance communication reach to the forward locations in the Western border too,” the statement said.

The ministry said that “in order to meet the long pending demand of the Indian Army the Cabinet Committee on Security, has approved the proposal for establishment of Army Static Switched Communication Network (ASCON) Phase IV Network” which will be implemented by ITI.

The ministry said that it is a “strategic and theatre area communication network which will upgrade the existing Asynchronous Transfer Mode Technology to Internet Protocol (IP) / Multi-Protocol Label Switching (MPLS) Technology”.

“Optical Fibre Cable (OFC), Microwave Radio and Satellite will be used as communication media,” it said.

The project will will be made with approximately 80 per cent indigenous material and will involve execution of civil work, laying of OFC and construction of towers. The government said that all this, along with the utilisation of local resources, will generate employment opportunities.