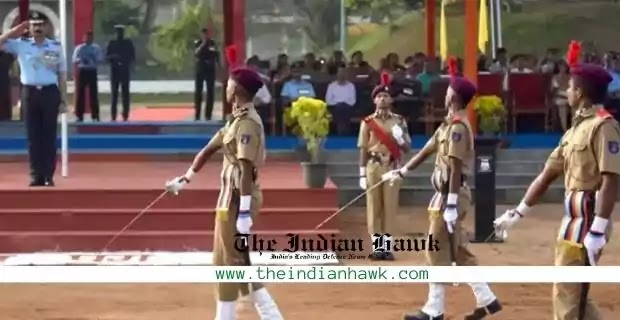 The defence ministry on Friday announced that 27% reservation for other backward castes-non creamy layer (OBC-NCL) will be introduced in the 31 Sainik Schools in the country with effect from the 2021-2022 academic session.

The announcement was made by defence secretary Ajay Kumar through Twitter, even as defence minister Rajnath Singh was busy campaigning in Bihar for the assembly polls on Friday.

The move led to some criticism in defence circles, with a few officers calling it “a retrograde step that will sow the seeds of caste-discrimination in the armed forces in the long run”.

A defence ministry official, however, dismissed the contention. “It is in accordance with the national norms as well as the formulations of the HRD ministry on admissions in educational institutions. The order was issued to all Sainik School principals on October 13,” he said.

The 27% reservation for OBCs will be in addition to the existing 15% for SCs, 7.5% for STs and 25% for children of serving and retired military personnel under the “defence category” in Sainik Schools.

In each Sainik School, 67% of seats are reserved for children of that state or UT, with the rest 33% for candidates from other places. If any of the reserved categories of SC, ST or OBC-NCL are not available within the home state\UT, the seats shall be distributed among the defence and general categories to ensure the 67% criteria is met, said the MoD order.

Admissions to the residential Sainik Schools, which begin from Class VI and come under the defence ministry, are through a competitive exam and a medical fitness test. As per one estimate, the schools eventually contribute around 25% of the cadets selected for the tri-Service National Defence Academy (NDA) at Khadakwasla.

Sainik Schools made a modest beginning in 1961, with the primary aim being to prepare boys academically, physically and mentally for entry into NDA as well as reduce regional and class imbalances in the office cadre to ensure “all-India representation” after the “martial race” policy of British India.

They have come a long way since then, with hundreds of senior officers currently serving in the armed forces being alumni of Sainik Schools, including many two and three-star generals. Some have even become chiefs like Air Chief Marshals P V Naik and Arup Raha as well as Generals Dalbir Singh Suhag and Deepak Kapoor.